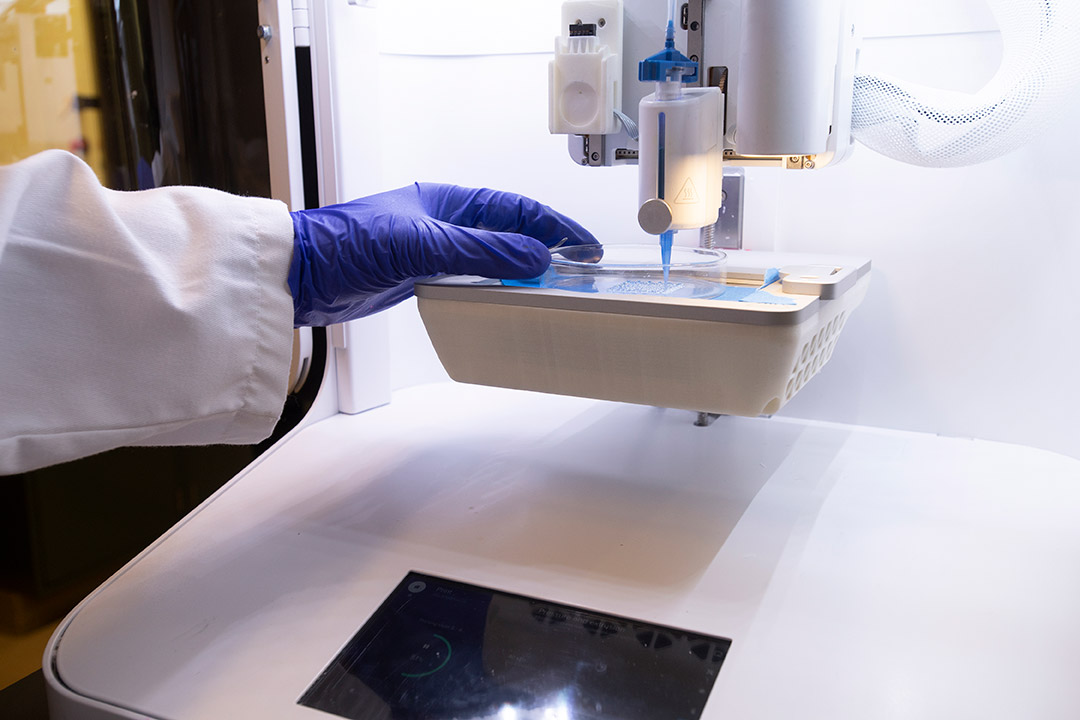 RIT research funding topped $90 million for the first time in 2022.

As of July, the university has attained more than $92 million in research funds for individual and multi-disciplinary proposals. Since fiscal year 2017, the amount had regularly hovered between $75 million to $80 million, and this newest increase surpasses these totals taking into account more focus on development of cutting-edge technologies and supporting economic growth.

“With federal funding, stimulus packages which are still being distributed, and even with the new Innovation Bill, there is an increase in money being distributed to federal agencies that fund research. Much of it is being directed toward universities and organizations emphasizing collaborations and economic development, all toward competitiveness of the U.S.,” said Ryne Raffaelle, RIT vice president for Research and associate provost. “We are more competitive, which is what these grants show, and we are teaming with other universities on research projects, which is a testament to our growth in the research space.”

That broad spectrum of funding came from a combination of federal, state, corporate, and foundation resources. Significant grants include:

“It is an indication of our maturity as we continue to grow and build even more collaborations with academic and national research institutions in the niche areas where we really stand out,” said Kate Clark, director of RIT’s Sponsored Research Services.

RIT’s key areas include nanotechnology, optics and imaging science, cybersecurity, and artificial intelligence. Many of these awards were funded by national agencies such as NSF ($13.5 million), the Department of Defense ($8.6 million), NIH ($6.7 million), and both NASA and the Department of Energy ($2.5 million each).

Representing a research portfolio that is more balanced across the university, current trends in awards include more cross-college and cross-organizational collaborations. Examples are:

“This university-wide interdisciplinary, balanced type of portfolio is what we’ve always wanted, and something which we thought we’d be good at, and we are seeing that the federal agencies want to fund these projects,” said Raffaelle.

More information about the awards received through the year can also be found on RIT’s Research website. Sponsored Research funding contributes to Transforming RIT: The Campaign for Greatness. The $1 billion campaign takes a blended approach, seeking support from a variety of investors including alumni and friends, government and corporate partners, and research foundations and agencies.