The Campaign for Greatness—$1 billion goal

RIT displayed its signature blend of arts and technology in an evening of entertainment on July 12, which centered on a major announcement about the university’s future.

“RIT has publicly launched a $1 billion blended Campaign, the largest fundraising effort in the university’s history,” President David Munson told more than 2,000 invited guests at RIT’s Gene Polisseni Center. “The campaign will allow us to build upon our updated strategic plan, engage alumni, grow our status as a Top 100 national research university and build deeper relationships with our government and corporate partners.” 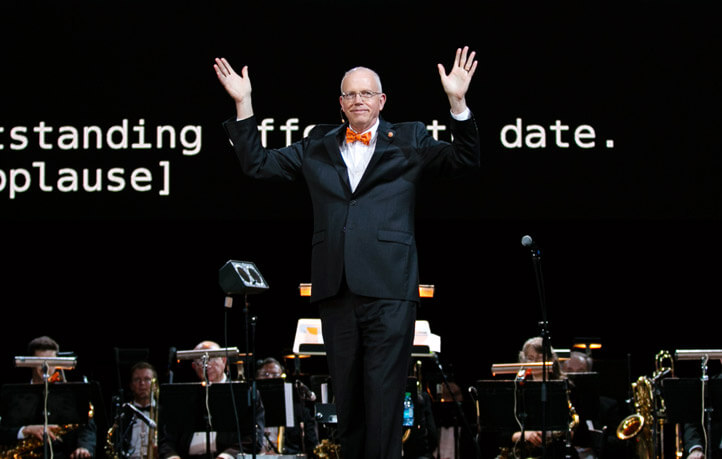 “Transforming RIT: The Campaign for Greatness” is being led by Rochester businessman Thomas F. Judson Jr., chairman of The Pike Companies, and Kevin J. Surace, CEO of Appvance Inc., an Inc. magazine Entrepreneur of the Year and a 1985 graduate of RIT.

“This campaign impacts every area of the university,” Munson said. “The Transforming RIT campaign is unique because it is blended—meaning we are seeking support from a variety of investors, including alumni and friends, government and corporate partners, and research foundations and agencies.”

The campaign, which has raised more than $530 million to date, focuses on raising funds to support four priorities: