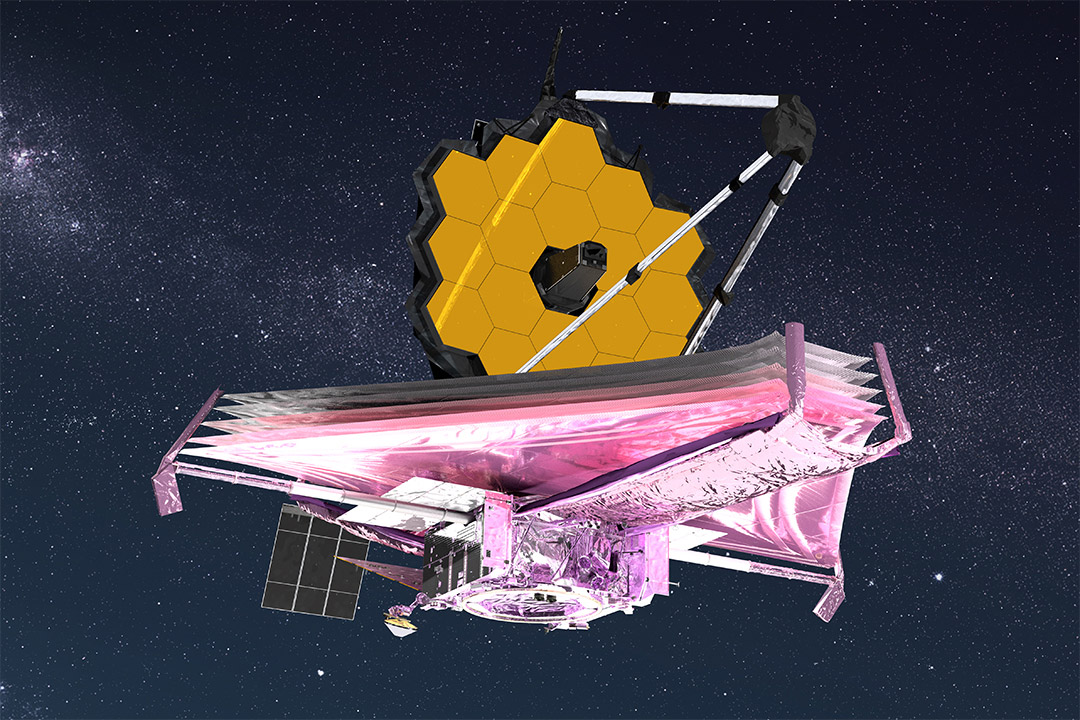 Numerous RIT scientists have been involved in the James Webb Space Telescope’s creation or will work on projects once it becomes operational. JWST’s launch is currently scheduled for Wednesday, Dec. 22. This artist’s rendering depicts the sophisticated telescope once it fully deploys.

When the James Webb Space Telescope (JWST) launches, it will mark the culmination of nearly 30 years of development on the most powerful observational instrument ever made. Numerous members of Rochester Institute of Technology’s College of Science have been involved in its creation or will work on projects once it becomes operational. 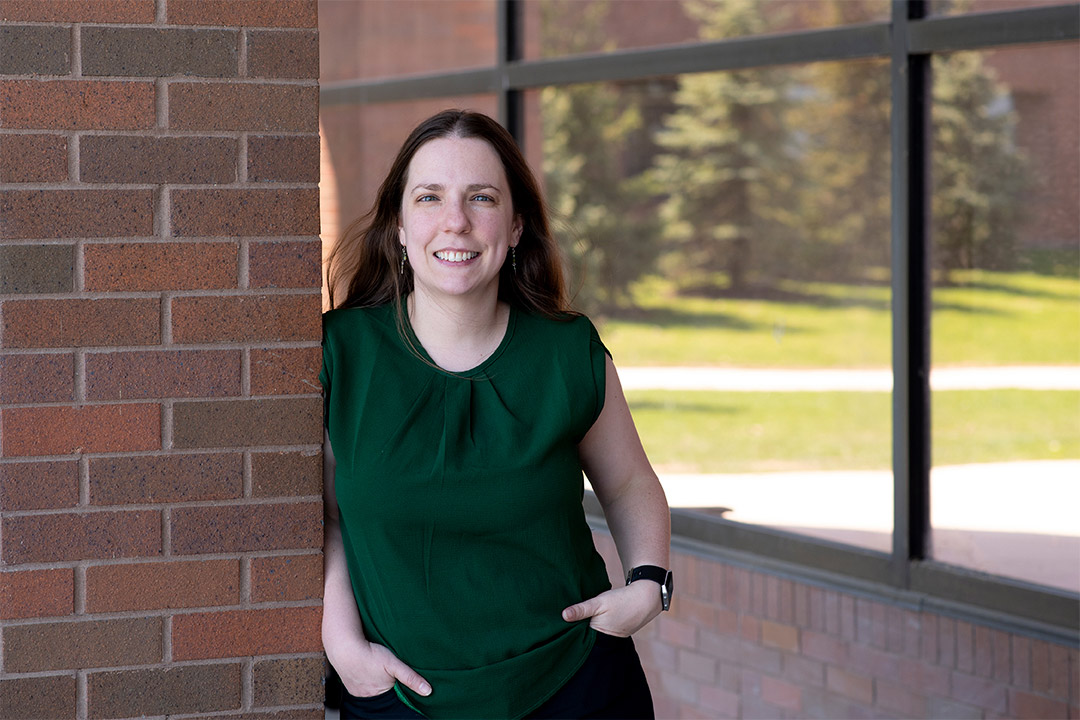 Associate Professor Jeyhan Kartaltepe from RIT’s School of Physics and Astronomy will be among the first to use the telescope. She is principal investigator of the COSMOS-Web program, the largest General Observer program selected for JWST’s first year.

JWST is currently scheduled to launch no earlier than Friday, Dec. 24. After launch, it will spend about six months traveling to its destination 1.5 million kilometers from Earth, unfolding its sunshield and mirrors, and undergoing science and calibration testing before it begins regular science operations and programs including COSMOS-Web can begin collecting data.

The COSMOS-Web program aims to map the earliest structures of the universe through an ambitious survey of half a million galaxies with multi-band, high-resolution near infrared imaging and an unprecedented 32,000 galaxies in mid infrared.

“The sheer scope of our program is so exciting,” said Kartaltepe. “The first year of JWST observations will result in a lot of new discoveries that people will want to explore more in-depth in future cycles. I think the public legacy of COSMOS-Web will be that COSMOS will be the field where the community conducts this type of follow-up research.”

The COSMOS-Web team is composed of nearly 50 researchers, including several RIT students like Brittany Vanderhoof, who is pursuing her Ph.D. in astrophysical sciences and technology. Vanderhoof said she has been eagerly watching JWST’s development every step of the way and is honored to play a part in COSMOS-Web.

“It’s honestly an amazing opportunity, so much so that I find it hard to express to friends and family how important this is,” said Vanderhoof. “I am just itching to get my hands on those observations and see how this extra information fits into the current methods for analysis and if it fits the story we have pieced together or if it brings more questions.”

Ali Ahmad Khostovan, a postdoctoral research associate in RIT’s School of Physics and Astronomy, is part of another program that will take place during JWST’s first year. He is a co-investigator on a program lead by principal investigator Professor Philip Best of the Royal Observatory Edinburgh that will seek to understand how star formation activity occurred in galaxies over cosmic time.

The program will use specially-designed thin filters called narrow band filters that are installed on JWST’s NIRCam to efficiently observe nebular emission lines associated with star formation. It will look inside galaxies from 10 billion light-years away, where the universe was at its peak in producing stars, to 13 billion light-years away, where the first generation of galaxies is expected and the universe was undergoing its last-phase transition. 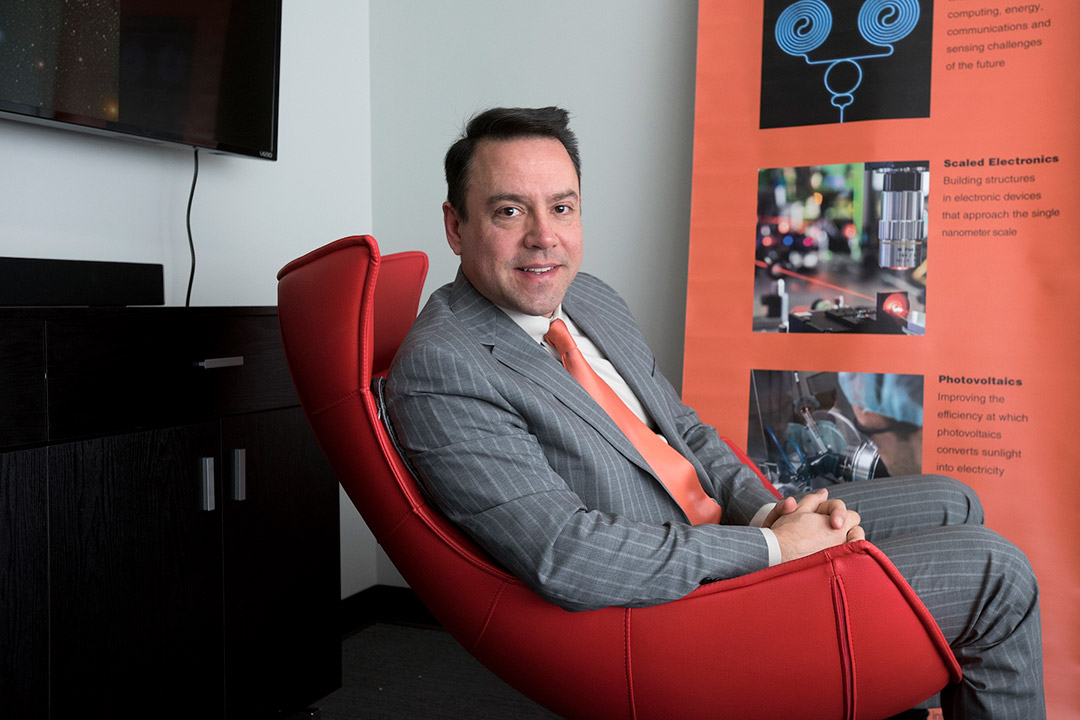 Before joining RIT as director of the Center for Detectors, Don Figer worked for the Space Telescope Science Institute as JWST detector scientist from 2001-2006 and served as an instrument scientist for JWST’s NIRCam from 2003-2004.

“JWST is a telescope that is going to revolutionize our understanding of the cosmos and, as a scientist, I can’t wait to see what we learn with our new cosmic prescription lens,” said Khostovan. “We will confirm things we know. We will find that we are wrong on other parts. And we will also find things that we didn’t expect. Overall, it is going to be an extremely exciting time in astronomy, especially for us who study galaxies.”

Other RIT community members have played important roles leading up to Wednesday’s planned launch. Before joining RIT as director of the Center for Detectors, Don Figer worked for the Space Telescope Science Institute as JWST detector scientist from 2001-2006 and served as an instrument scientist for JWST’s NIRCam from 2003-2004. STScI brought Figer in for his expertise in infrared and instruments, and he conducted independent testing on the detectors that NASA was considering using on the telescope. He also worked on the procedure between launch and deployment to the telescope’s destination.

“It was a monumental instrumentation task to build it,” said Figer. “After JWST’s long and winding road, it’s hard to believe the launch is finally going to happen.”