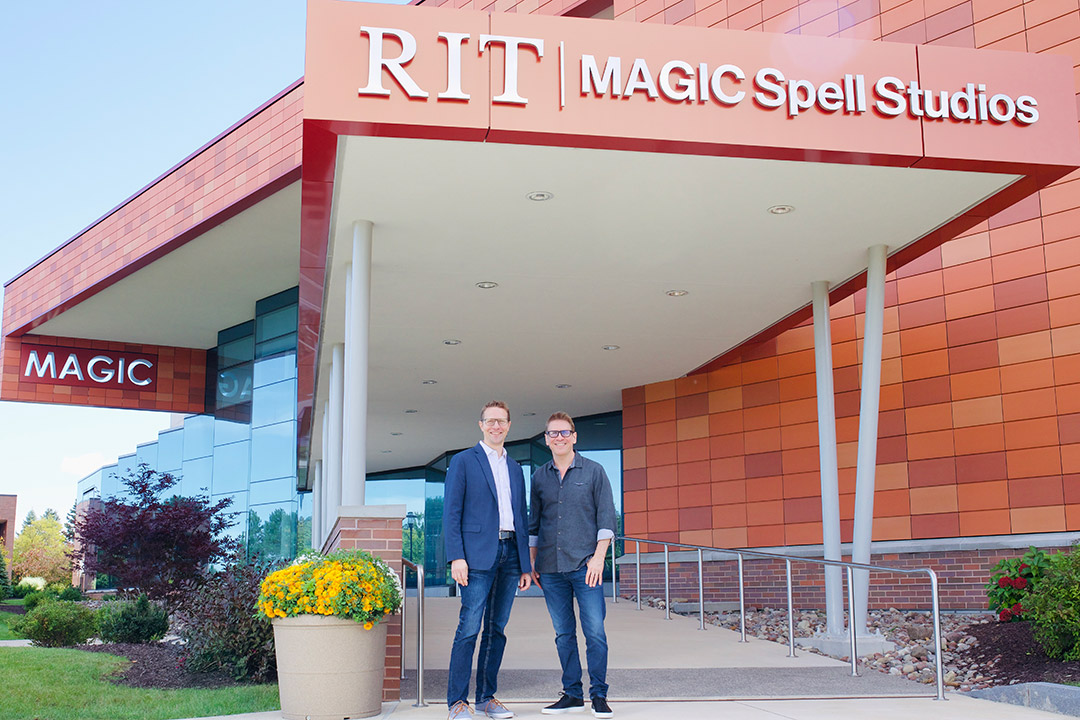 The studio, which develops original content and whose work-for-hire clients include DreamWorks, FOX, The LEGO Group, Marvel Entertainment, Warner Bros., and the recently announced “Army of the Dead” VR experience for Netflix, will collaborate with RIT faculty and students on a variety of initiatives—including animation, virtual/augmented reality (VR/AR), virtual production (VP), games, and new technologies.

The alliance, which will help to create a career pathway for RIT students in the entertainment industry, takes effect immediately.

The relationship between Pure Imagination Studios and RIT began in 2016, when John P. Roberts, chief content officer and a Rochester native, joined the RIT Entertainment Advisory Board (EAB). The EAB’s mission is to raise awareness of RIT’s entertainment-related disciplines among the entertainment community.

“MAGIC Spell Studios’ mission is to provide our students studying animation, film, and game development with real-world professional experiences within the entertainment industry,” said David Long, director of MAGIC Center and MAGIC Spell Studios. “By partnering with Pure Imagination Studios at RIT’s state-of-the-art facilities, we will take the strong foothold and trajectory Rochester has in entertainment to the next level.”

“We are excited for our students to contribute to great projects and to expand the spirit of research and discovery for RIT and Pure Imagination Studios,” he added.

“We want to create career opportunities in the entertainment industry for the next generation of talent in Rochester, N.Y.,” Roberts noted. “Over the last five years, I have had the pleasure of meeting many of RIT’s faculty, students, and alumni. I am continually impressed by their accomplishments and look forward to offering them this unprecedented opportunity.”

“We look forward to establishing Pure Imagination Studio’s presence on the East Coast while collaborating with MAGIC on several cutting-edge entertainment initiatives, as well as discovering and fostering new talent at the university,” he added. “It’s an enormous privilege for Pure Imagination to partner with RIT and to be in a position to make a positive economic impact.”