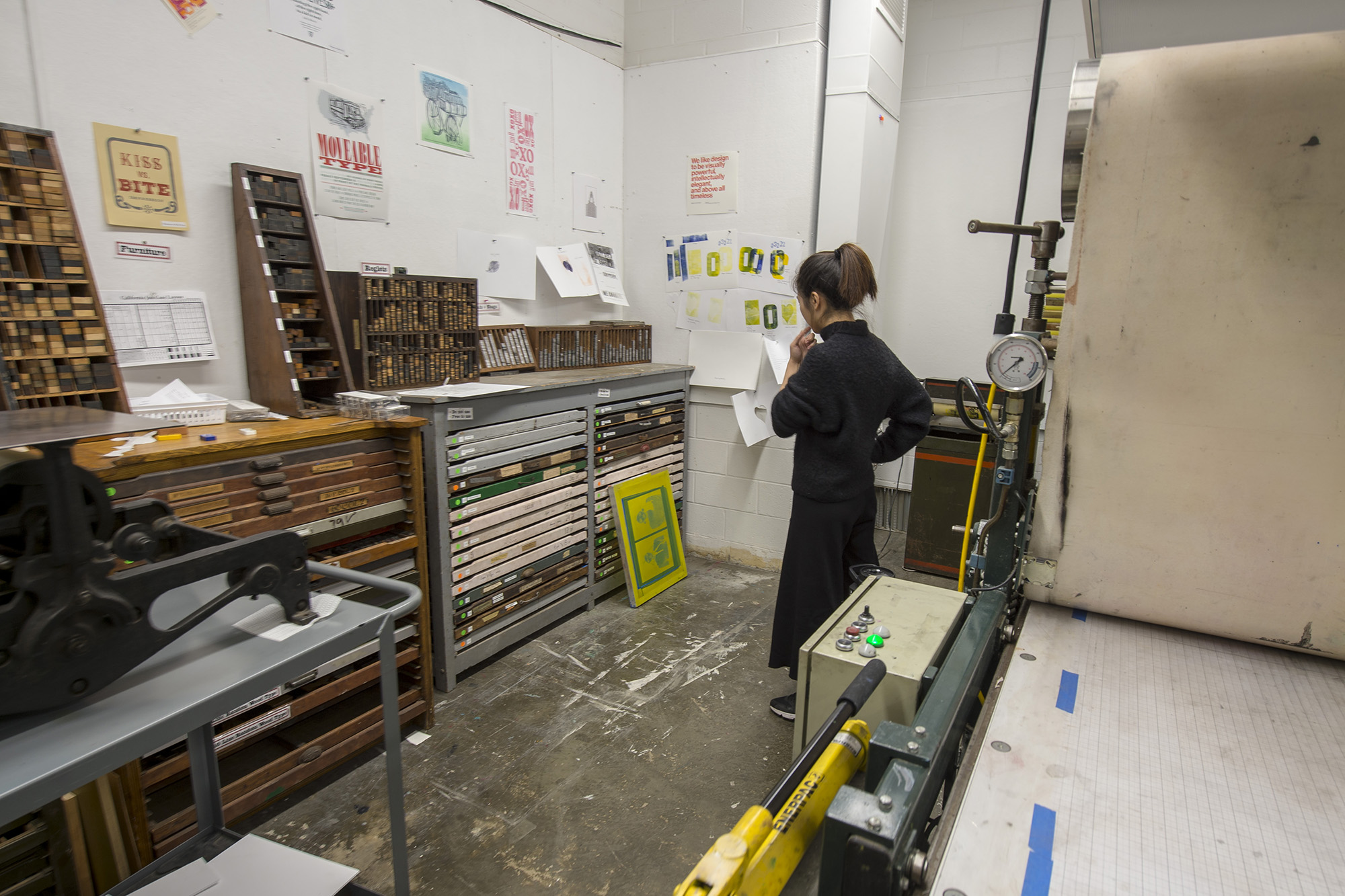 RIT's printmaking studio will be bustling when, from May 15-21, it hosts Artists Print!, a weeklong experience that concludes with an exhibition and auction of monoprints created in the workshop.

A dozen nationally and internationally known artists will showcase their contemporary printmaking processes on RIT’s campus during a workshop that concludes with a final exhibition and auction.

Printmakers from around the world are coming to campus for Artists Print!, a weeklong experience set for May 15-21 in RIT’s printmaking studio. They will spend the week working with College of Art and Design faculty, students and alumni to create monoprints.

The artists’ finished prints will be exhibited and auctioned off during a final event from 5-7 p.m. Saturday, May 21, at RIT City Art Space in downtown Rochester.

Eileen Feeney Bushnell, professor in RIT’s School of Art, is the lead organizer of Artists Print!, sponsored by RIT printmaking in collaboration with RIT’s Cary Graphic Arts Collection and the Print Club of Rochester.

The printmaking studio — located in Booth Hall, room 4501 — is open each day of the workshop from 10 a.m. to noon for the public to view works in progress. Anyone planning to attend open studio hours should follow RIT's Safety Plan requirements for campus visitors.

The visiting artists are welcome to leverage additional RIT resources, including the Fab Lab and Cary Graphic Arts Collection.

The participating artists are: 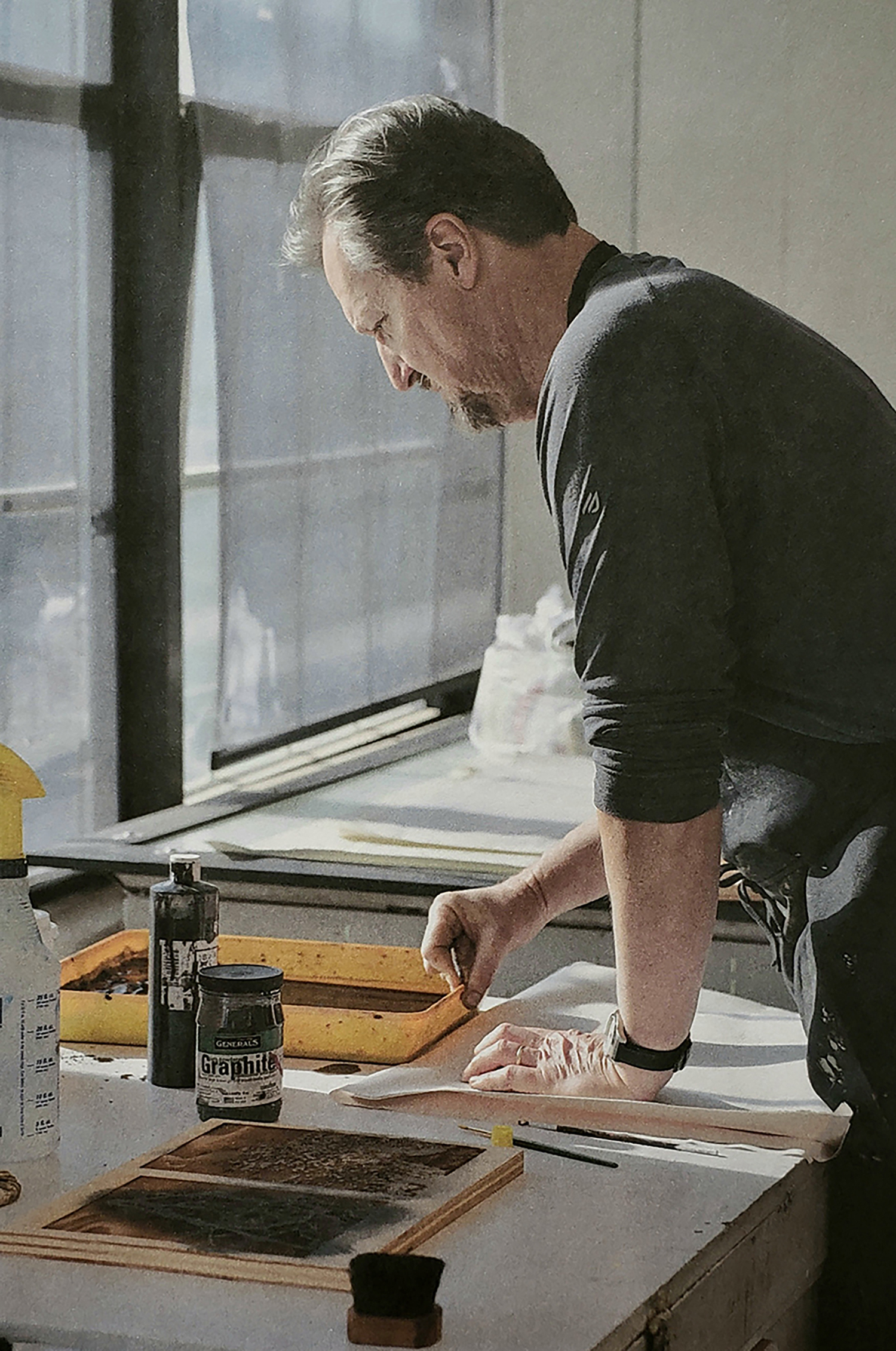 Bob Erickson’s work has been shown nationally and internationally at a range of galleries and museums and is part of the permanent collections of the Janet Turner Print Collection and Gallery, University of California-Chico, Chico, Calif.; the Sheldon Memorial Art Gallery, Lincoln, NE; the Mesa Contemporary Arts Museum in Mesa, AZ; the Krannert Art Museum, Champaign, Ill.; and the Ballinglen Arts Foundation, Ballycastle, Ireland. Erickson has attended artist residencies in the U.S., Italy and Ireland, and has been a visiting artist at the School of the Museum of Fine Arts, Boston, Mass.; Wellesley College, Wellesley, Mass.; Illinois State University, Normal, Ill.; Miami University, Oxford, Ohio; and Grinnell College, Grinnell, Iowa. 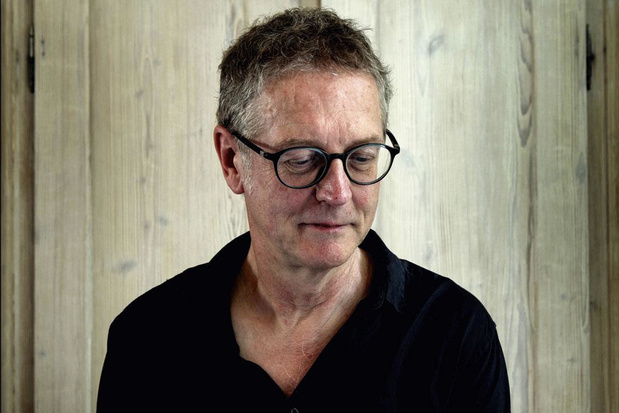 By the end of the 18th century, science was moving powerfully into modern times. For the first time in history, virtually the entire geographical world was known to mankind. Scientific apparatuses were invented to look deep into the universe, observe the microscopical world, measure time and refining how we see the world.

All that exciting and new knowledge was brought to the public in marvelous books with beautiful illustrations. In those books, printmaking was used to illustrate and explain scientific texts. The exquisite prints made readers marvel and long for more.  At the same time, those artworks were formalistically beautiful and accurately resembled its subject matter while maintaining a romantic quality.

The scientific books and illustrations from this era serve as inspiration for Marnix Everaert’s work. He creates an unknown, parallel world that is still very familiar to ours. He wants the viewer to take a moment to contemplate about the nature of a myriad of things surrounding us and think about our place in this world and within this universe. 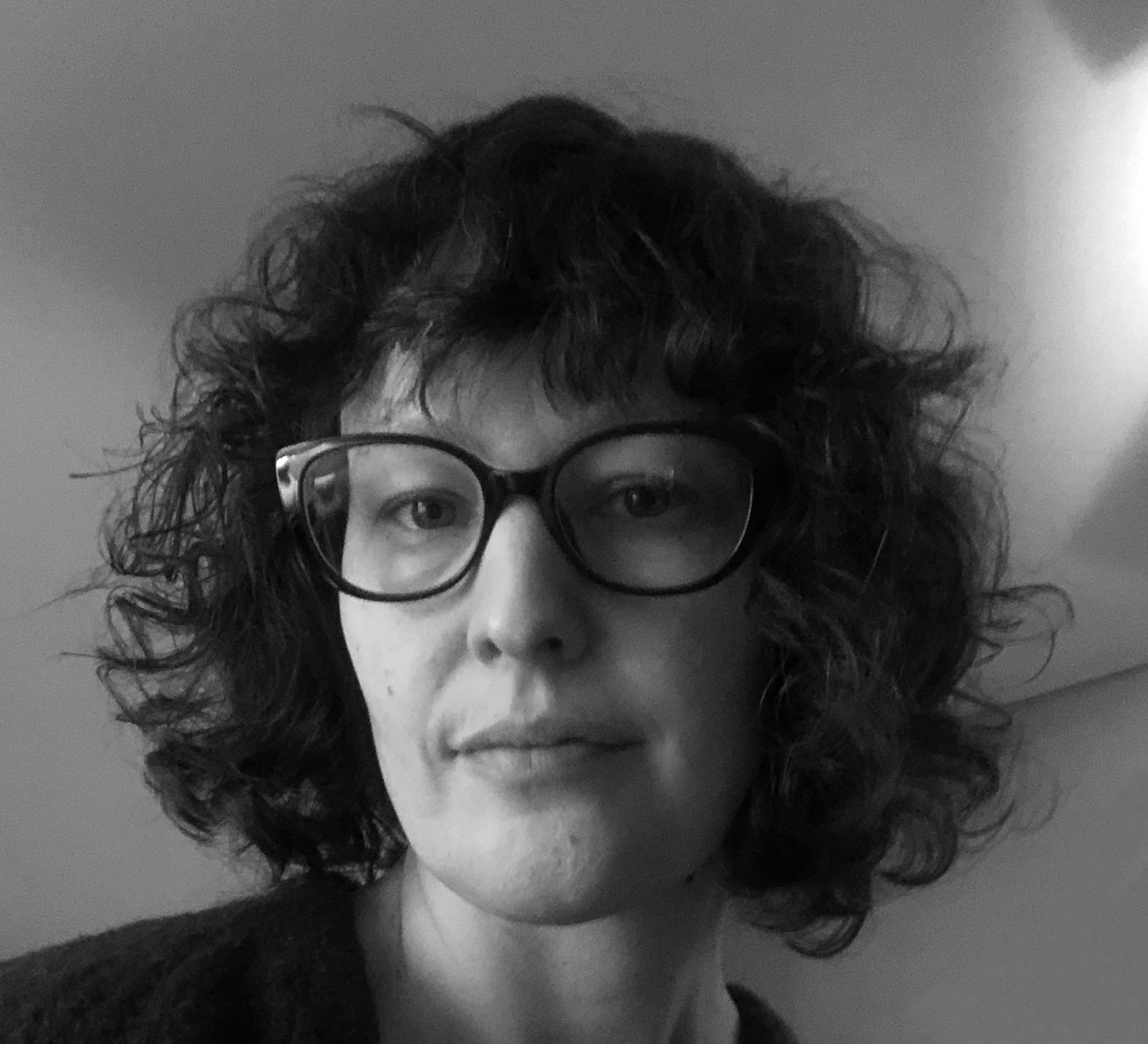 She has completed two printmaking residencies at the Frans Masereel Centrum in Kasterlee, Belgium. Her work has been exhibited nationally and internationally and has been included in exhibitions in connection with the Southern Graphics Printmaking Council and the Mid-America Print Council, both of which she is a member. She is also an active member of the Dayton art and printmaking community, and resides in Dayton with her husband and two sons. 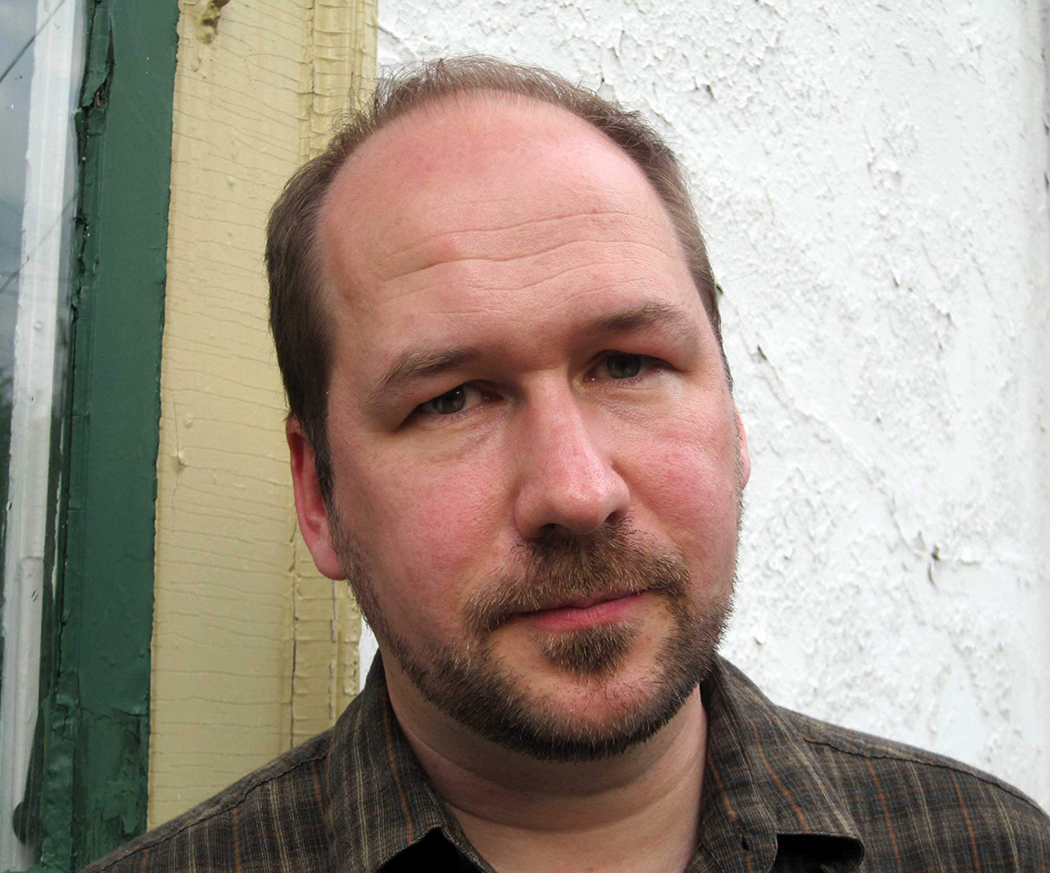 Richard Kegler is the lead designer and founder of P22 type foundry. Kegler's background in typography and book arts includes ventures in bookbinding and letterpress printing. However, the historical context and background of type continue to be his greatest interest and shape the evolution of P22.

Kegler was the director of the Book Arts Center at Wells College in Aurora, N.Y., from 2014–19 and a past trustee for the American Printing History Association (APHA). He is former chairman of the board for the Society of Typographic Aficionados (SOTA). He has a master’s degree in media study and produced the Making Faces film as a culmination of his interests and experience. 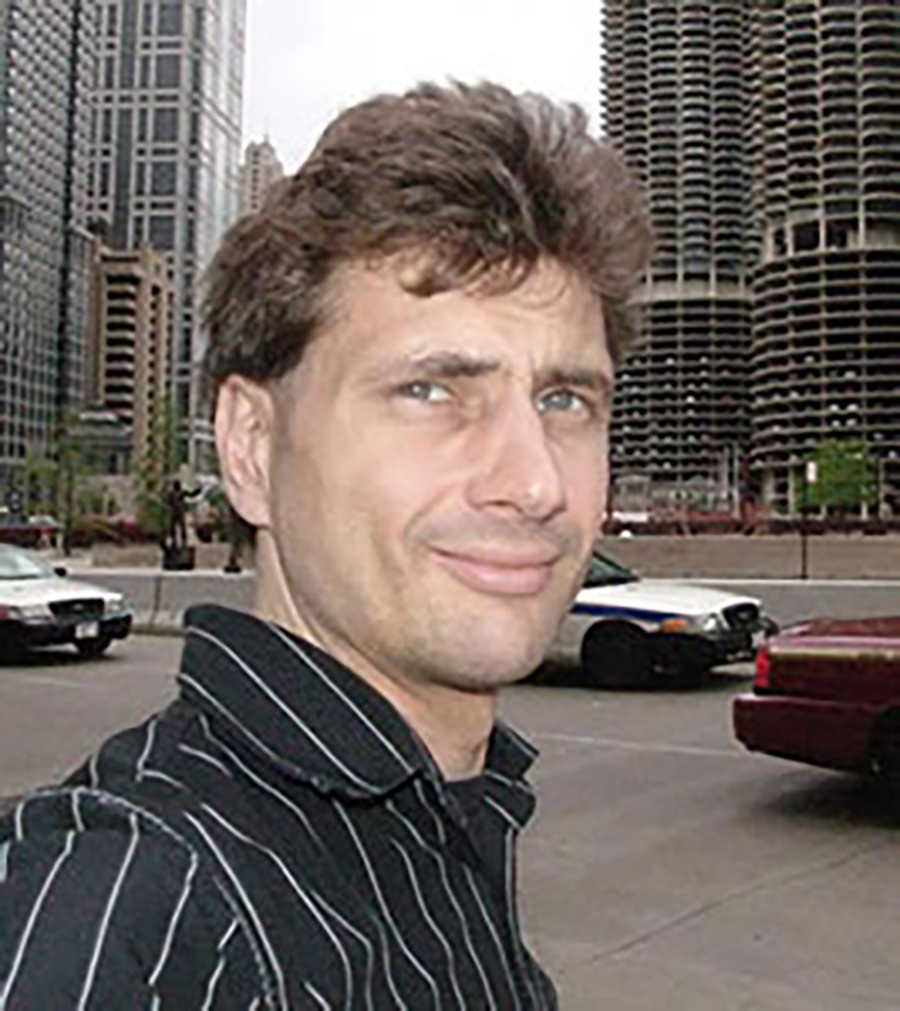 Friedhard Kiekeben is a German-born artist. He holds an MPhil degree from Royal College of Art in London. He is a well-known international artist and a pioneer researcher in the field of contemporary green print media. He is known for his large-scale, site-specific installations. 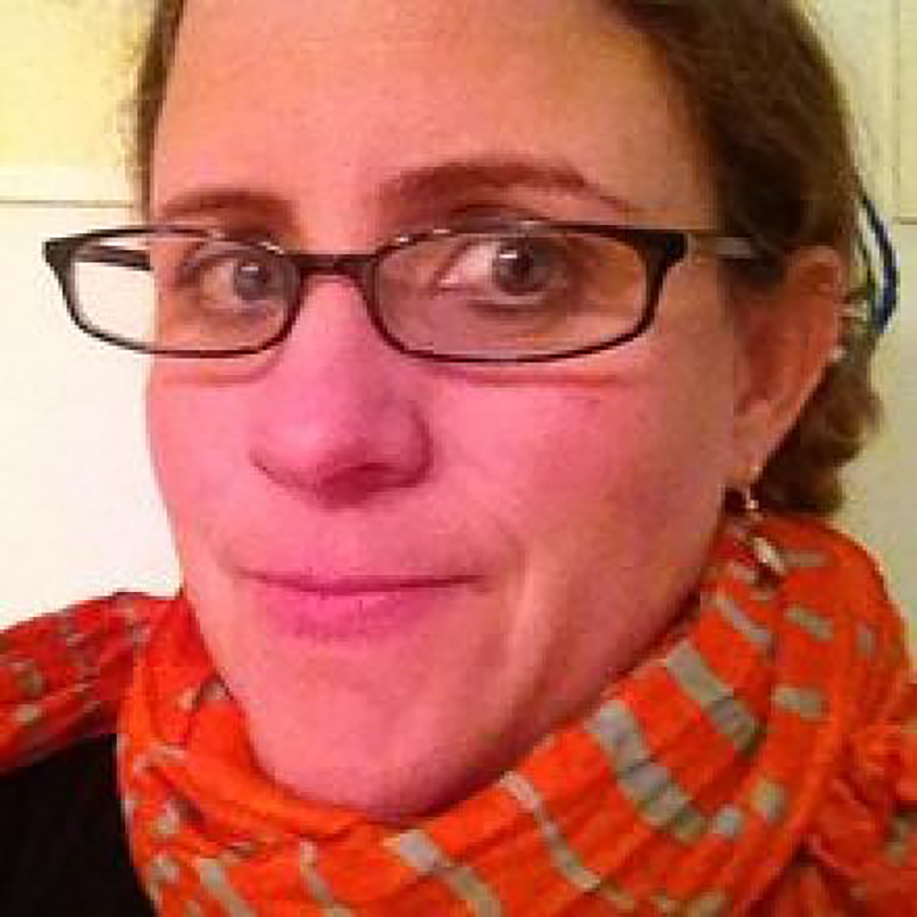 Daniela Marx is full professor of graphic design at Loyola University New Orleans. In the past she worked at Fabrica, an international research center for design located in Treviso, Italy. Marx has also worked as a designer for George Magazine, a monthly magazine centered on the theme of politics-as-lifestyle co-founded by John F. Kennedy, Jr.

She received her MFA at California Institute of the Arts, where she focused on social political issues through motion graphics and screen printing. Aside from teaching at Loyola University New Orleans, Marx does freelance graphic design collaborating with local artists, musicians, politicians and writers. Her newest project, thinkNEWorleans, is a design campaign that encourages New Orleanians to think about their community and how they can be a part of creating the city we aspire to live in.

Marx also had a one-year sabbatical at the American University of Sharjah, United Arab Emirates. The experience of teaching and traveling in the Middle East expanded her repertoire in pedagogy, collaborative experiments and socio-political design. 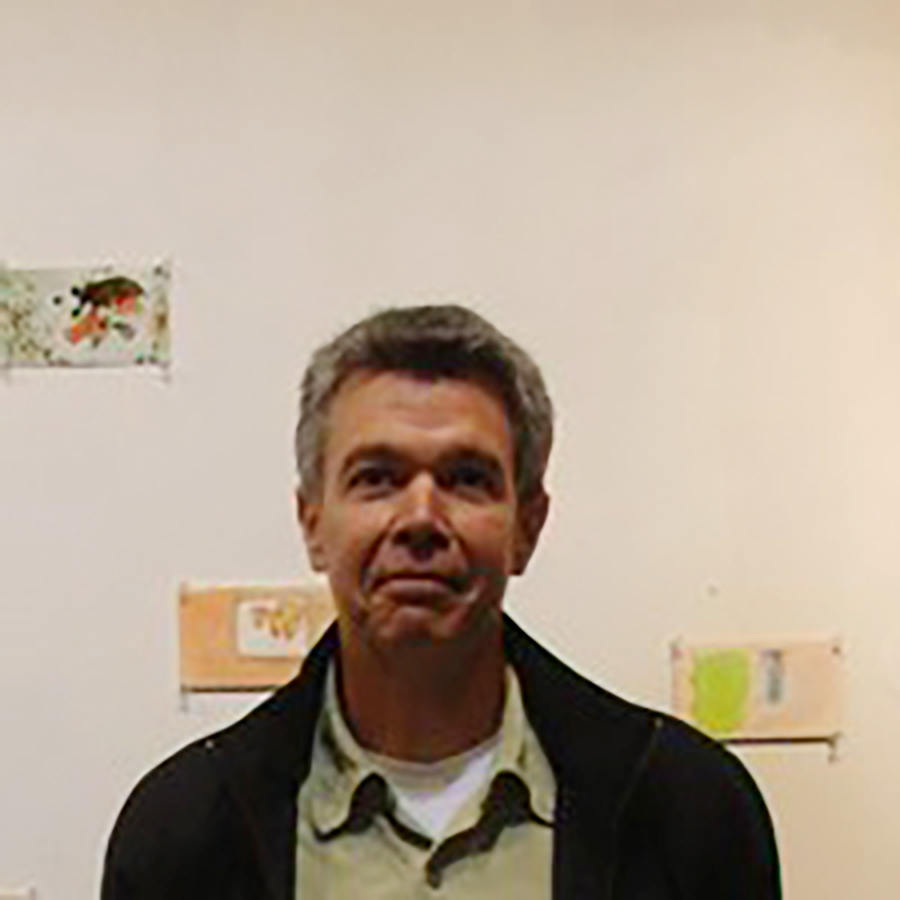 In his ongoing series of drawings "Imaging Power and Flux," Jim Morris is exploring the ways in which the language of graphical information is used to make visual the dynamic aspects of our world. His work draws from charts, maps and diagrams and a wide-range of imaging processes that give visual form to the often invisible.

Morris has received fellowships that include a summer Fulbright to Malaysia and Singapore, a Pollock-Krasner Fellowship, NEA/Mid Atlantic Artists Fellowship, the George Sugarman Foundation and a fellowship from the Southeast Center for Contemporary Art in North Carolina. He has participated in artist residencies at the Virginia Center for the Creative Arts, the Institute for Electronic Arts at Alfred University, the Triangle Arts International Workshop in NYC,  Sculpture Space and the Pyramid Atlantic Art Center Print Studio. His work has been featured in solo exhibitions at the Delaware Center for Contemporary Arts, Draper Gallery, Gallery Q in Rochester, N.Y., and Anadolu University in Eskisehir, Turkey. 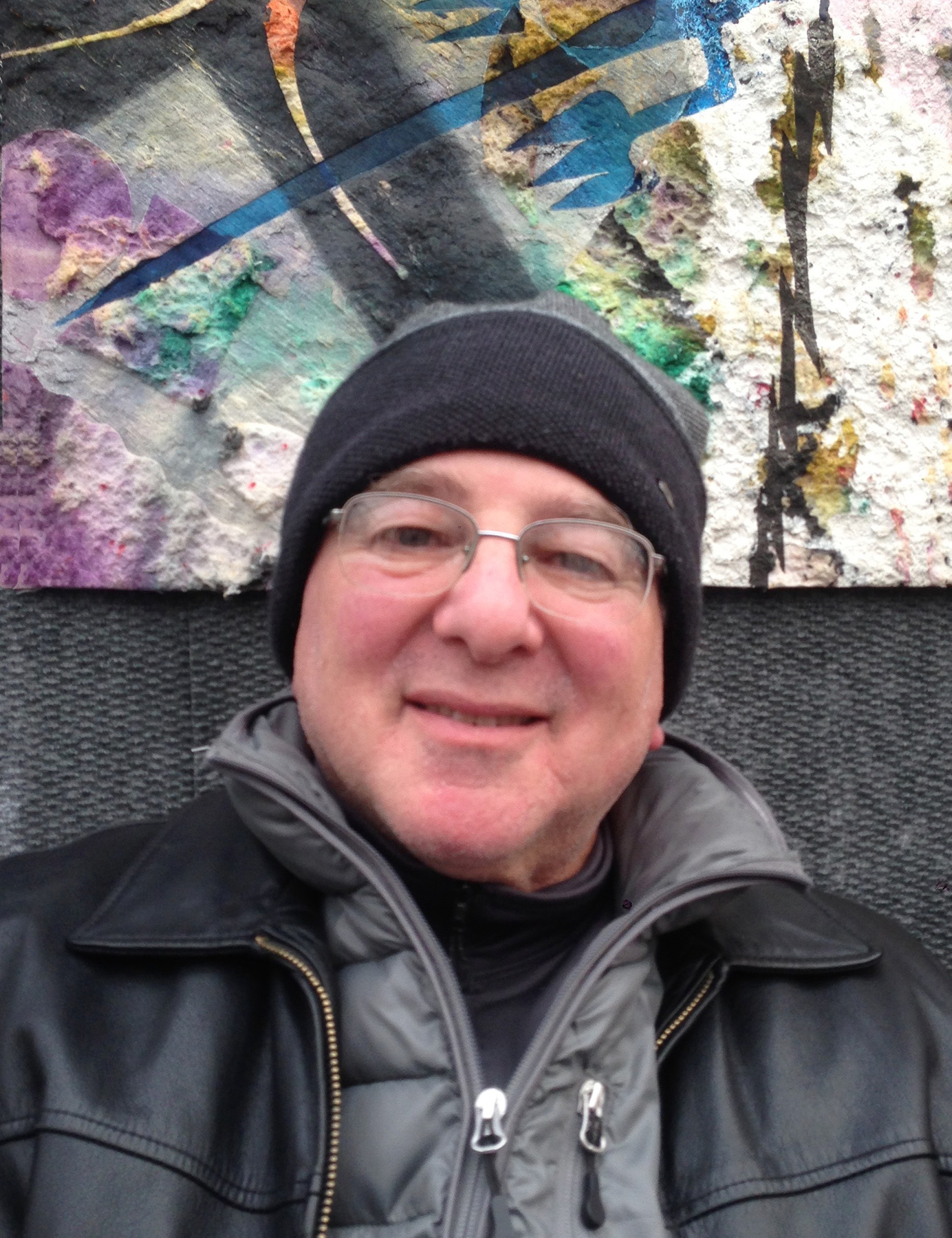 After teaching printmaking at Indiana University and as master printer at Tandem Press for more than 25 years, Andy Rubin has participated in a world of printmaking that has seen many changes, both stylistically and technically, from traditional multi-run color images to piece work designed for large-scale installations. In those years Rubin has met, worked with and been influenced by over 60 national and internationally known artists.

In 2009 he started a body of work inspired by the drawings of Saul Steinberg and Ben Shahn, the architecture of Antoni Gaugi and Frank Gehry and the post cubist imagery of the American abstract movement of the 1940-50s. Their whimsical line, cubist shapes and color sensibilities inform Rubin’s work, which is rooted in this same abstraction of architecture, shapes and doodles that, in turn, become landscapes of his imagination. 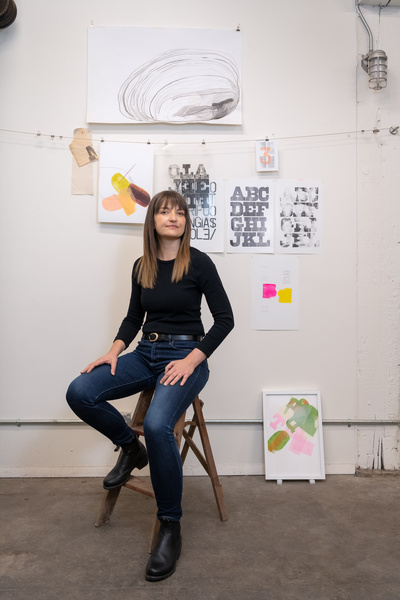 Vida Sačić is a Chicago-based artist, designer and educator. Her work in print media explores the relationship between printing and language. She prints and creates large-scale installations, assemblages of prints on paper, textiles and ﬁber using moveable type and a printing press. As Jonathan Goodman noted in The Brooklyn Rail, she composes “highly advanced abstract composition(s), whose unusual beauty takes place because of Sačić’s innate sense of balance and strong accumulations of form.” 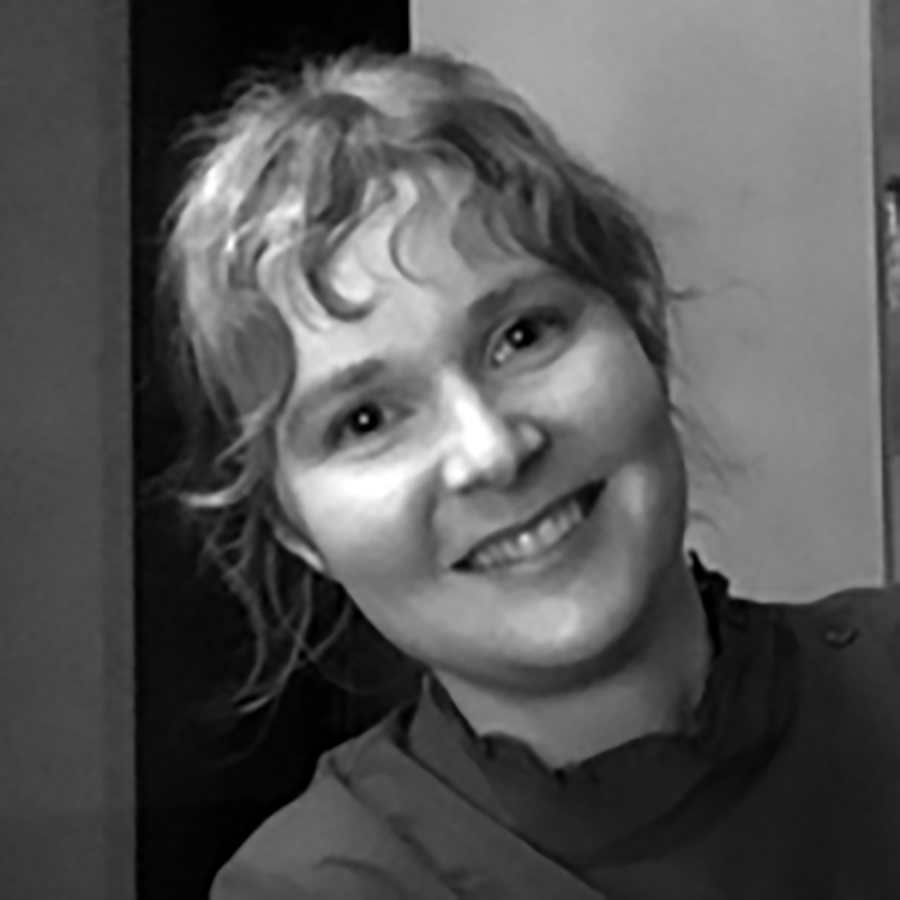 Grace Sippy has taught at the University of Alberta and the University of Wisconsin-Stevens Point, as well as various workshops and demonstrations. She has exhibited across the U.S. and internationally, in Canada, Ireland, Scotland, Slovakia, Germany, Spain, Portugal, Belgium, Taiwan, Japan and China. Sippy has earned national and international recognition in her field. Her accomplishments include earning the Guanlan International Print Prize (2013), being named the winner of the 10th International Biennial of Contemporary Prints in Liège, Belgium (2015) and receiving an honorable mention in the Mid-America Print Council Juried Members’ Show (2016).

Sippy has shown in several solo and two-person exhibitions. As the winner of the 10th International Biennial of Contemporary Prints in 2015, she was awarded a solo show to coincide with the 11th Biennial in 2017. The show, “Entre Chien et Loup | Between Dog and Wolf,” exhibited for several months at the Musée D’Ansembourg in Liège, Belgium. 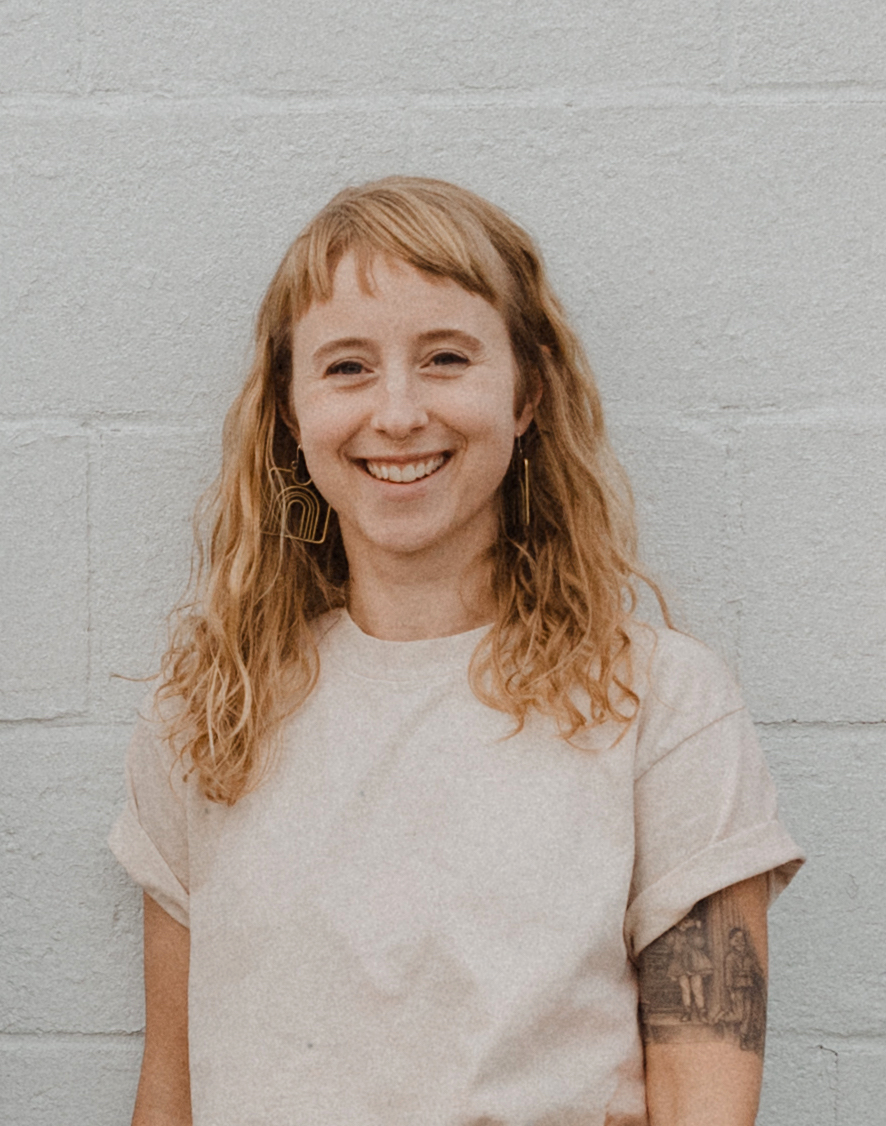 Heather Swenson is an artist working and living in Rochester, N.Y. She is currently focusing on silkscreen and collage while exploring new uses of these mediums through building three-dimensional structures. Swenson has shown work in multiple exhibitions around New York and has had several solo and group shows in Rochester. She teaches a yearly silkscreen workshop through the Print Club of Rochester and is the vice president of the organization. Swenson received her BFA in interdisciplinary visual arts with a concentration in painting and printmaking from Purchase College of Art and Design in 2012.

Within a multidisciplinary practice of making screenprints, sculptures and installations Swenson creates work that is both derived from experience and invention. She is extremely captivated by the simple act of looking and gathering observations from daily life. By combining these observations with imagined structures and images, she aims to make work that references real spaces while still feeling unfamiliar. 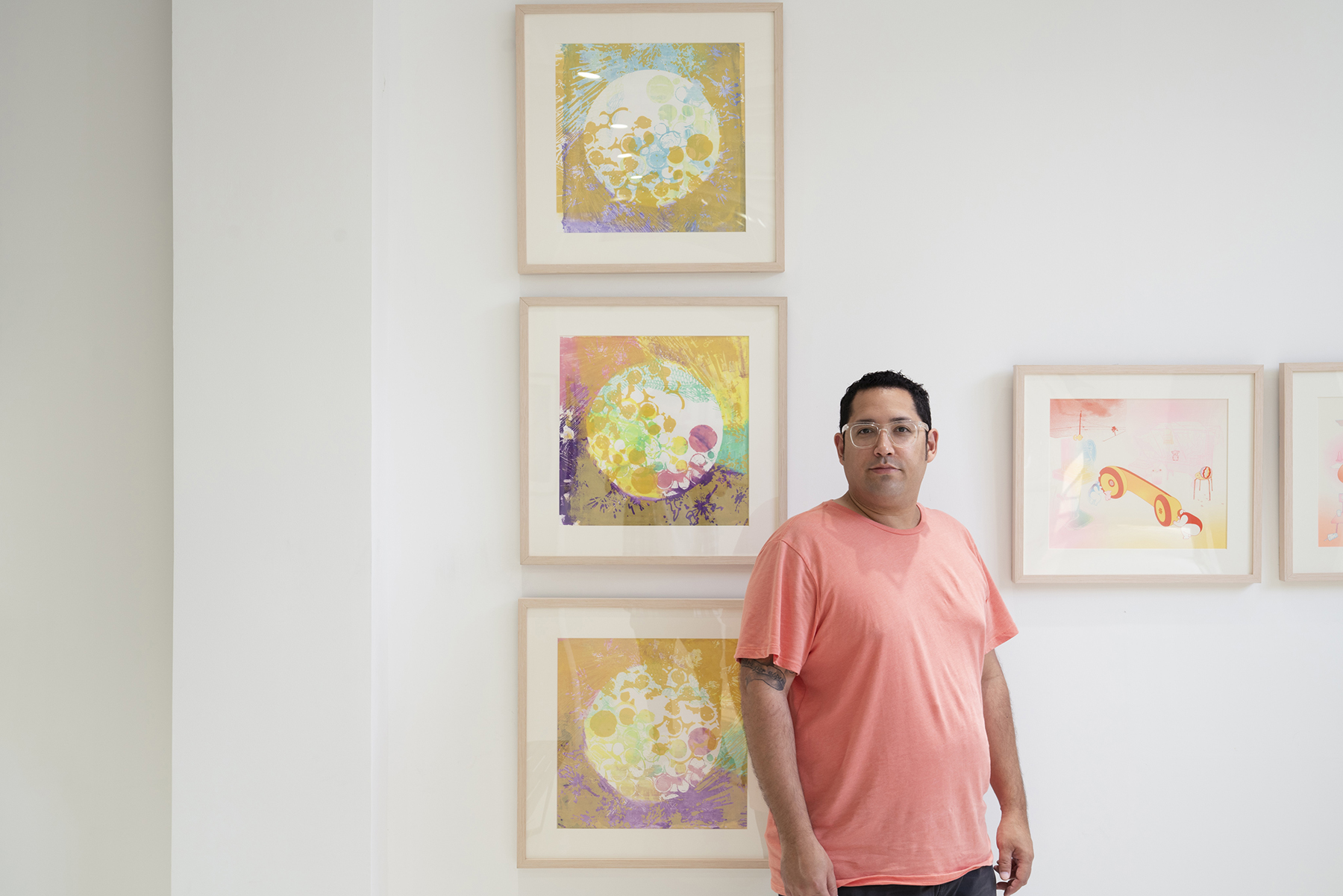