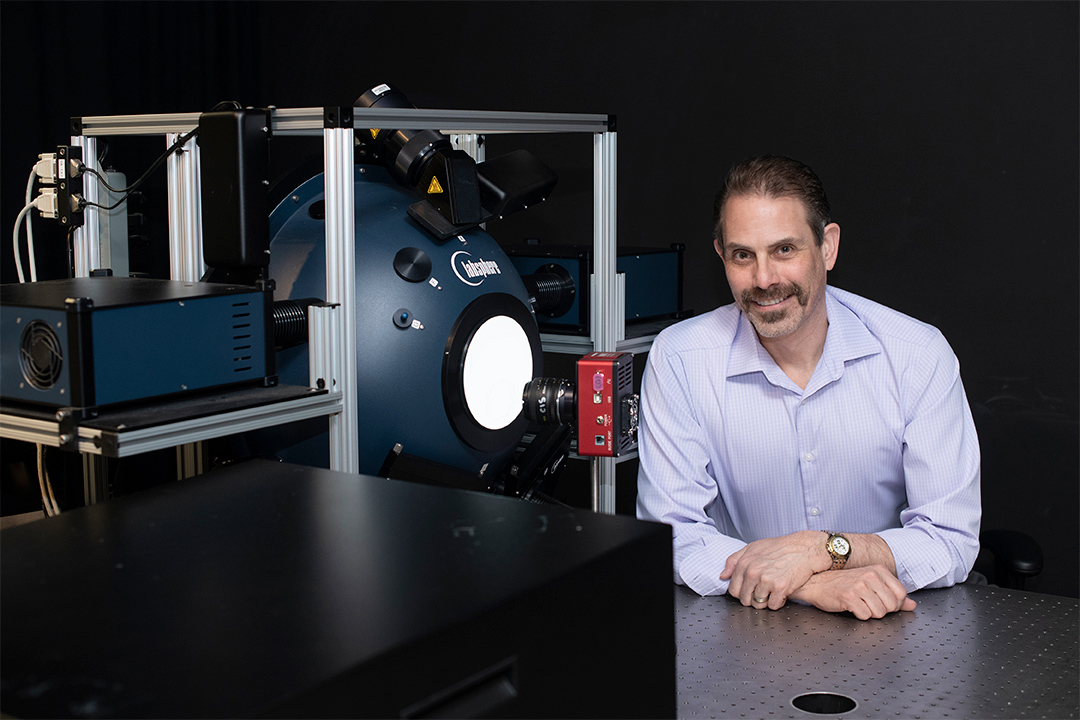 Assistant Professor Emmett Ientilucci is the recipient of this year’s Richard and Virginia Eisenhart Provost’s Award for Excellence in Teaching, which recognizes tenure-track faculty who excel in teaching and leadership on campus.

Emmett Ientilucci has always loved teaching, but he took a long and winding road to becoming a tenure-track faculty member in the Chester F. Carlson Center for Imaging Science in RIT’s College of Science.

His academic career began while working two day jobs and taking electrical engineering night classes at Monroe Community College. After changing majors and becoming a full-time day student, he earned an associate degree in optics, then headed to Los Angeles where he graduated from music school. He ultimately returned to Rochester to earn his BS, MS, and Ph.D. degrees in imaging science at RIT, worked in the imaging industry for several years doing research at Xerox, taught classes part-time at MCC, continued as a private drum instructor, then ultimately began as an RIT assistant professor in 2016.

He believes his path in life allows him to relate to students at all levels and find ways to get them interested in the material.

2020-2021 Celebration of Teaching and Scholarship Honorees

Amanda Bao: Building bridges as an engineer and a teacher

His rapport with students is now earning him recognition as the recipient of this year’s Richard and Virginia Eisenhart Provost’s Award for Excellence in Teaching, which recognizes tenure-track faculty who excel in teaching and leadership on campus.

In what has been a challenging academic year for all faculty, Ientilucci decided to teach his hands-on classes—an undergraduate course in radiometry and a graduate course in spectral image analysis—in person because he felt confident in the coronavirus prevention precautions RIT put in place. But like everyone, he had to make adjustments, so he looked for silver linings and new strategies he could carry forward.

One of the biggest benefits he saw was the adoption of technology like Zoom. He now records all of his in-person lectures so that students can re-watch them at their own pace, and he records additional material from home if he feels he glossed over a topic that needed more time to explain.

Ientilucci seems to relish in putting in the extra work outside of class time. When he is not occupied with his musical pursuits—he has taught drums for more than 20 years, records with national musical acts, and performs with his band JunkYardFieldTrip, which is working on their second album —he said he spends his free time poring over the stacks of optics and physics journals and magazines piled on his desk.

“Whether I had this job or not, I would be reading this stuff all the time,” said Ientilucci. “This kind of material excites me and I get a reward out of finding information that might excite other people in the classroom. I think that’s at the heart of why I want to teach.”

The 2019-2020 Eisenhart Award recipients are also being recognized at the April 14 event.