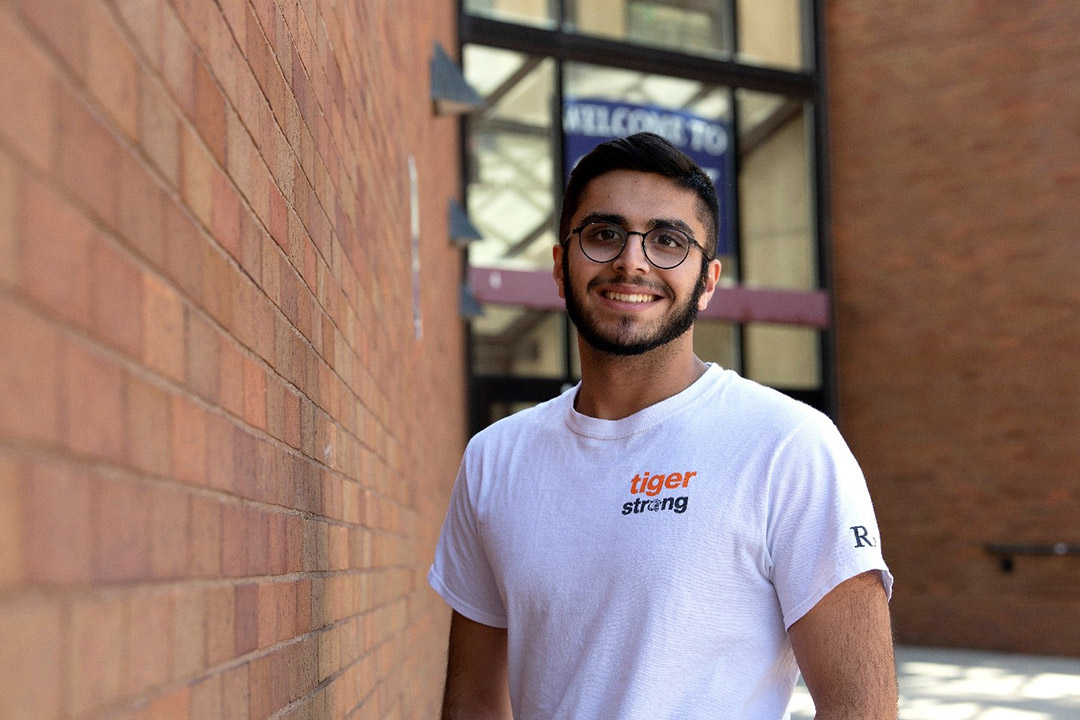 “Her talk was interesting, but what I really got out of it, I thought it would be pretty sweet to be that person giving a speech in an orange blazer to 3,000 students,” Khanna said.

He wasted no time trying to get involved to represent students. At the end of his freshman year, Khanna finished second in a race for senator representing students in RIT’s Golisano College of Computing and Information Sciences. Khanna accepted the position when the winner stepped down.

There were four sets of candidates this year, the most in recent history. This year’s Student Government Vice President is Samantha Gensler, fourth-year interior design major from Buffalo.

The pair campaigned on a platform with five goals:

Born in Austin, Texas, Khanna moved to Massachusetts as an infant. He enjoys traveling, especially to India to visit relatives, and collects decks of playing cards from the cities, states, and countries he has visited.

He was president of the tennis club, is a die-hard Boston sports fan, and enjoys rooting for RIT hockey.

Khanna served twice as an orientation leader and will be on campus helping this year’s new students move in.

And perhaps, in his orange blazer, he’ll inspire a future Student Government president to pick up the reins a few years.

“I’m really looking forward to working with the administration and furthering that relationship the previous Student Government administrations have cultivated,” he said.