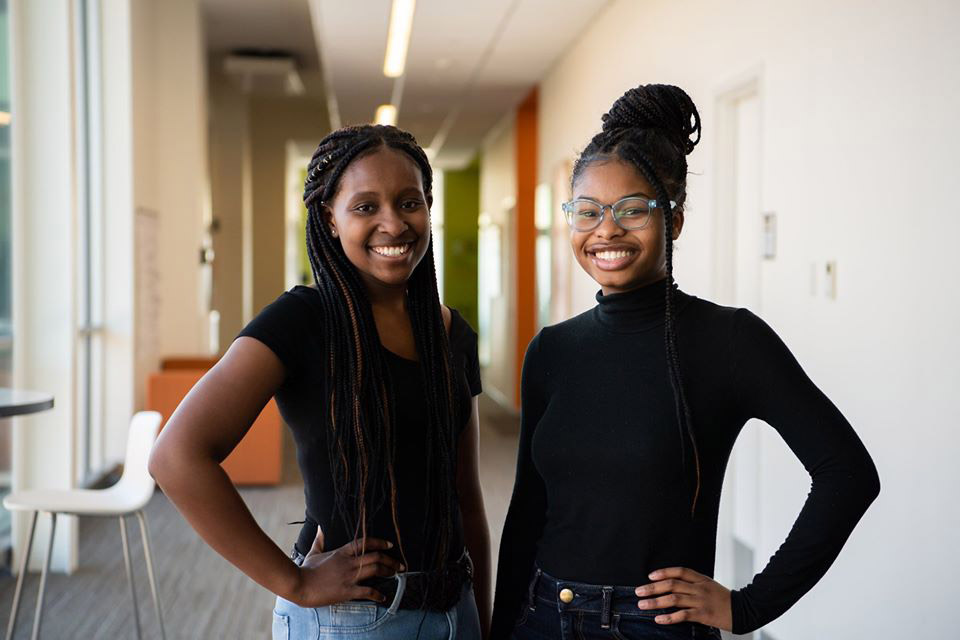 Six teams of deaf and hard-of-hearing students from Rochester Institute of Technology’s National Technical Institute for the Deaf adapted to a virtual presentation format for the annual Next Big Idea business competition March 31. Student presenters from as far away as Dubai shared their ideas for new businesses that positively impact deaf and hard-of-hearing communities. Judges from the competition’s sponsor, ZVRS, a video-relay service headquartered in Clearwater, Fla., reviewed projects of the team finalists and asked questions through remote technology.

First place and $5,000 was awarded to the student team representing MoWay, a solution to help reduce collisions on walkways and in road traffic. The wearable device is designed to help people who walk as part of their exercise routines avoid collisions with people walking behind them. A chip attached to individuals’ smartphones connects to wearable devices that vibrate when cued, detecting people or objects up to 10 feet away. The team — Taylor Harris from Rochester, N.Y., and Jayha Smith from West Henrietta, N.Y., American Sign Language and Interpreting Education majors, and Emma Foster, an interior design major from Bangor, Maine — hopes to have the chip included in student and faculty/staff university ID cards. 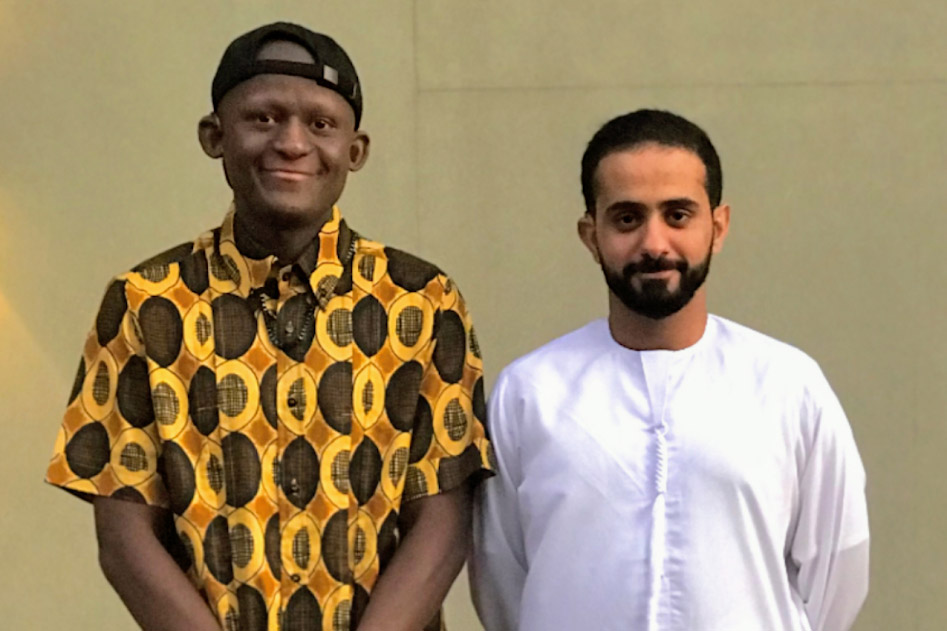 Second place winners of NTID’s Next Big Idea competition are JayShaud Potter, left, and Adi Alghifi for SmartPillow, which is designed to connect to a phone or tablet using an app with a wake-up alarm and emergency notifications.

The student team from SmartPillow presented two concepts and won second place and $3,000. The first concept is a pillow designed to connect to a phone or tablet using an app with a wake-up alarm and emergency notifications. The second concept allows the pillow’s app to be connected to household alerts such as smoke/carbon detectors, doorbells, car alarms, and baby alarms, while also including the original option concepts. The app uses the individual’s smartphone charger to plug into the pillow and phone. The SmartPillow team is JayShaud Potter, a city sciences major from Battle Creek, Mich., and Adi Alghifi, a computing security major from RIT’s Dubai campus. 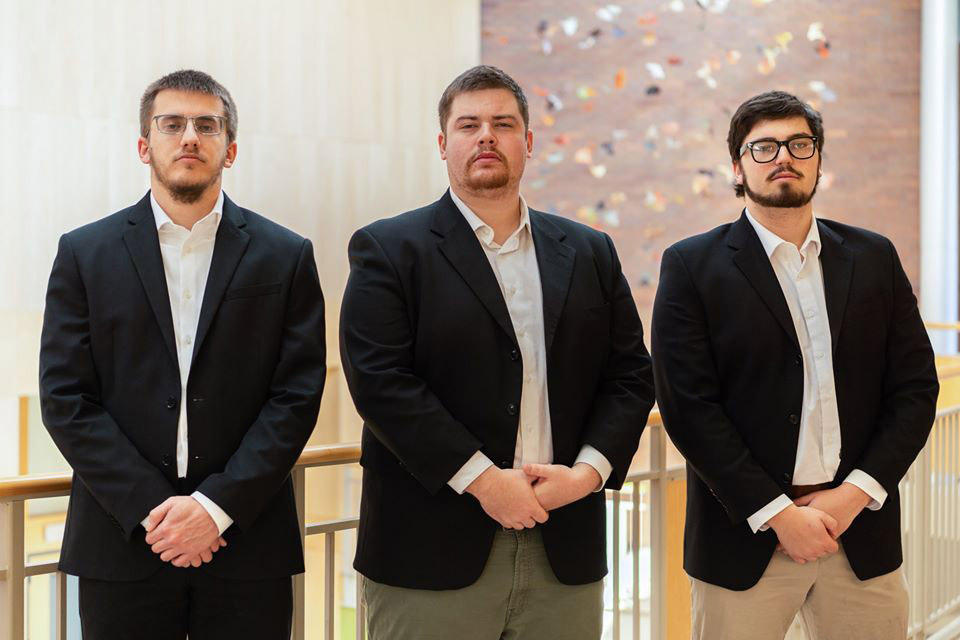 Third place and $2,000 was awarded to the student team from BLAW, a smart, portable battery checker. The product, designed for automobiles, utility/sports vehicles, and boats, is based on the personal experience of one of the presenters, where a boat battery had to be consistently charged. They were unable to hear an audible notification signifying that the battery was overcharged, and as a result, the battery was irreversibly damaged. The new technology is connected via Bluetooth and notifies users if the batteries are fully charged, need to be charged, or need replacing. If battery replacement is needed, the app shows nearby stores with available batteries. The BLAW team is Christian Flemming, a mechanical engineering master’s student from West Henrietta, N.Y.; Tanner Ketchum, an applied arts and sciences major from Buda, Texas; and Braden Ketchum, a laboratory science technology major, from Buda, Texas.

Other teams that competed are:

Smart CC: Smart CC improves captioning technology by moving captions to different locations on screens to avoid pop-up notifications or other visual cues that traditionally block captions. Live broadcasts would automatically be delayed by a few seconds to allow for adaptation. The students working on this idea are Connor Switenky, a computer science major from Frederick, Md., and Gabriel Veit, a new media interactive development major from Austin, Texas.

“We were impressed with how the students were able to present their proposals,” said Dawnmarie Caggiano, Business Manager at ZVRS. “It clearly showed their creativity and willingness to adapt to change, especially when we are unsure of how long this pandemic will go on. Each of the teams did a great job and we are extremely proud of all of them.”