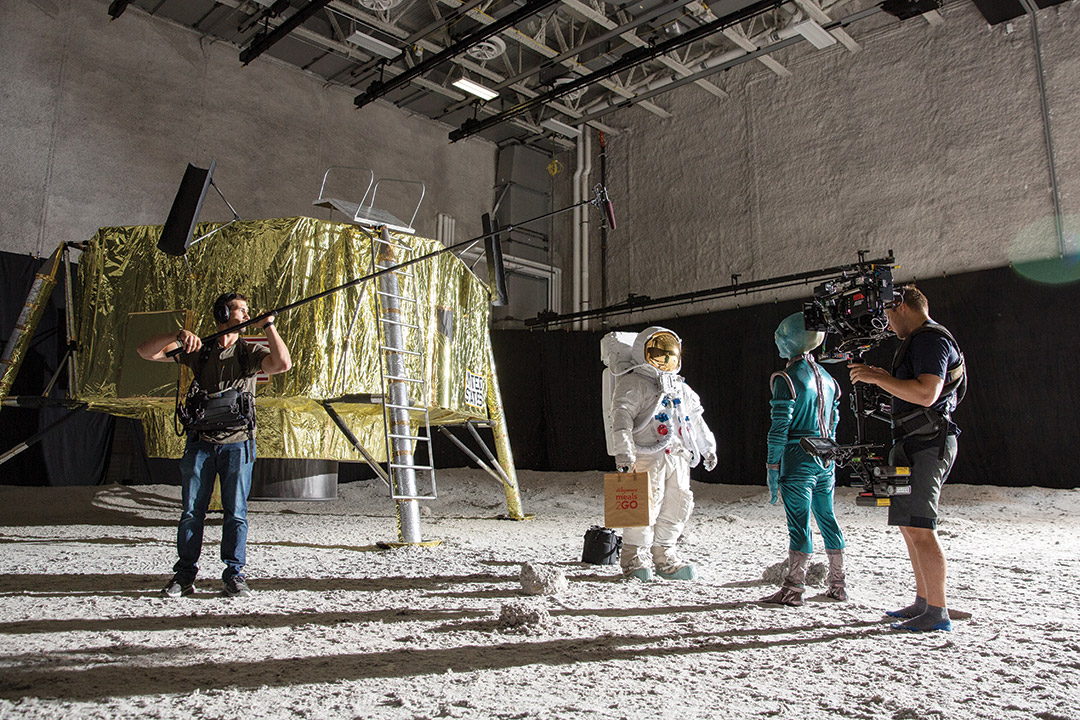 Recalling his early days as a student at RIT in 1994, Chris Edwards ’97 (film and video production) quickly learned it takes a village to make anything ambitious.

“This is especially true in the collaborative medium of moviemaking, so when RIT’s MAGIC Center was launched, I knew this bleeding-edge facility was going to need strong support from companies who are on the front lines of media innovation,” said Edwards, now CEO and co-founder of THE THIRD FLOOR Inc. (TTF), the multinational, award-winning visualization studio hatched on the third floor of George Lucas’ Skywalker Ranch in northern California.

The grant allows professors to participate in hands-on training with some of the world’s leading visualization and virtual production experts.

“Now, RIT is the first university to have access to our curriculum and real-time visualization tools, placing students at the front of the pack for sought-after positions within the burgeoning entertainment industry,” Edwards said.

These kinds of alliances—several of which are with alumni-founded companies such as TTF, Optic Sky Productions, and Mountain House Media—have helped fuel MAGIC Center and MAGIC Spell Studios since opening in 2018.

The MAGIC Center promotes the university’s academic mission by capitalizing on the energy, synergy, and convergence of multiple academic programs through project-based curriculum, faculty research, and scholarship.

MAGIC Spell Studios supports the entrepreneurial ambitions of students and faculty who are seeking to publish and distribute films, games, interactive experiences, or start new digital media studios. It also is the home of outside commercial activity in film production, animation, digital design, and game development, allowing outside companies to interact with RIT’s best creative minds.

As a New York state-designated digital games hub, MAGIC also is collaborating with an ever-growing number of game studios across the Empire State. One of those studios, Vicarious Visions (VV), now part of Blizzard Entertainment, signed a partnership agreement with RIT in 2020 that includes new collaborations and scholarship opportunities for students at two of the university’s colleges.

“Vicarious Visions and its partnership with RIT have been mutually beneficial over the years,” said Simon Ebejer, studio head at Vicarious Visions. “We look forward to working with RIT and helping each other continue to make New York a haven for AAA game development for years to come.”