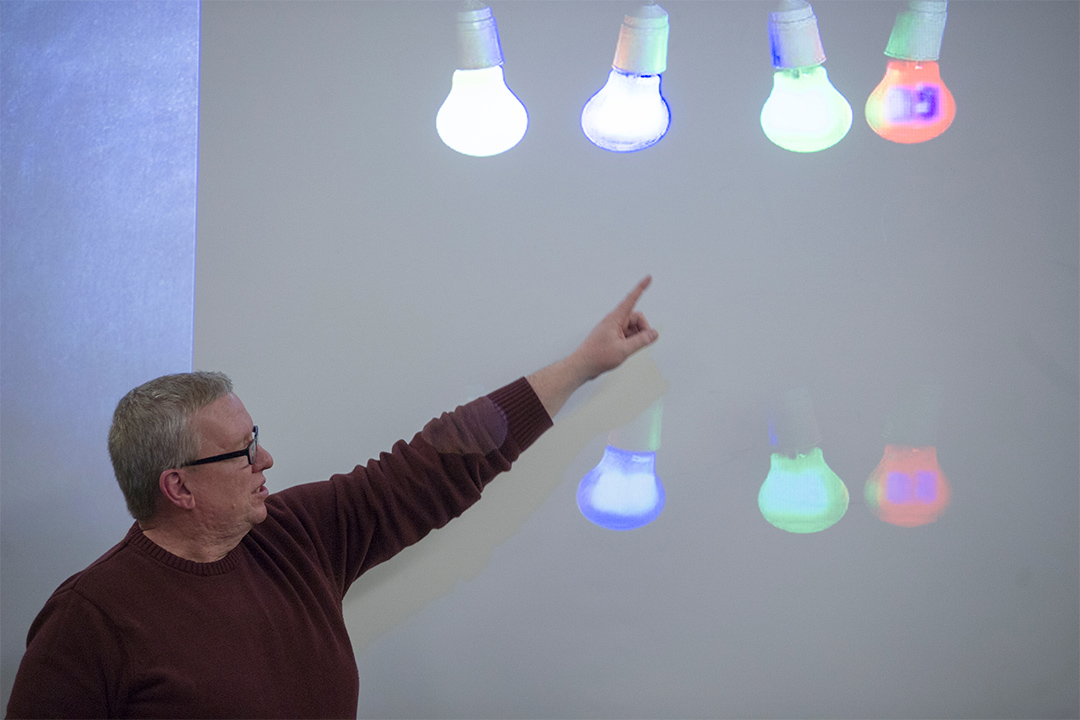 Fairchild has developed metrics to quantify display colorimetric performance and has used psychophysics to relate these metrics to human perception of color and tonal quality. These contributions have raised the image quality of displays through improvements in display components and embedded signal processing, said Michael Miller, professor of systems engineering at the Air Force Institute of Technology.

“Mark’s contributions to the perception of color are particularly impactful to the display industry in several important areas,” Miller said. “These include understanding the effects of emitter bandwidth on observer metamerism, the impact of high‐dynamic range displays on image quality, and matching the color of emitted and reflected light.”

Growing up near Ithaca, N.Y., Fairchild had an early interest in photography. That brought him to RIT and its photographic sciences program, which subsequently got him involved in displays.

“It was the time when computers were novel, and we were first able to plug CRTs into computers and use them to control colors, to study vision,” he said.

As he pursued his Ph.D., Fairchild wanted to study human perception. He began to work with high‐dynamic range imaging as a way to make displays more closely match the way people see the world around them. He and his fellow researchers built HDR displays in the lab. They took apart LCDs and put a projector behind them, projected one image onto the back of the LCD, and then had the LCD modulate it again to achieve the double modulation for HDR. Fairchild noted that capability is “just run‐of‐the‐mill nowadays” for most modern TVs.

“What’s exciting to me about the display world is seeing that go from a specialized tool for research and not knowing whether someday our TVs are going to look like this thing we built in the lab,” Fairchild said.

Even when pursuing his Ph.D. at the University of Rochester, Fairchild also taught at RIT. He served as associate dean of RIT’s College of Science for seven years, which gave him an opportunity to interact with colleagues in other departments such as biology and physics.

Back in the lab, Fairchild is working with two students on a project funded by LG that studies different aspects of visual perception. One is looking at observer variability with different display technologies, and the other one is studying the perception of gamut volume. Fairchild explained that there are ways you can physically make the color gamut bigger, but people can’t always perceive it. What Fairchild and his researchers learn can be used to make better TVs.

For more about the Otto Schade Prize, go to the latest edition of Information Display.