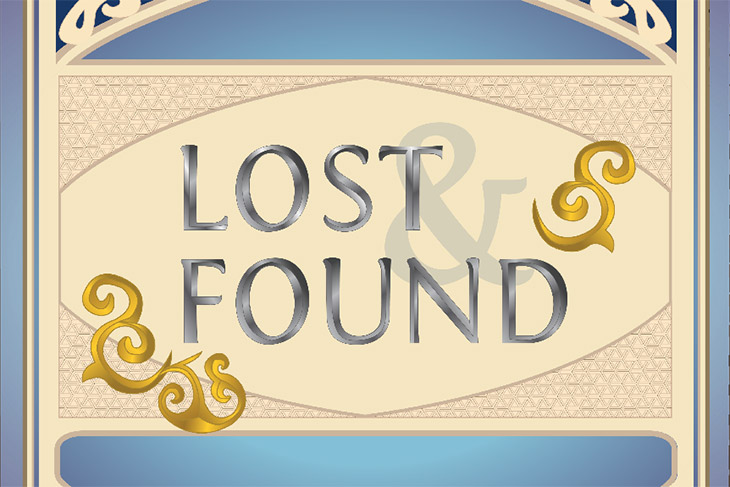 A new module of the Lost & Found religious legal systems game series, created by an interdisciplinary RIT team, is now available. The new game, called Lost & Found: New Harvest, has also been added to a collection at The Strong National Museum of Play.

Lost & Found is a multi-international award-winning table-top game series that teaches players about religious legal codes. The series seeks to expand the discourse around religious legal systems, to enrich public conversations in a variety of communities, and to promote greater understanding of the religious traditions that build the fabric of the U.S. 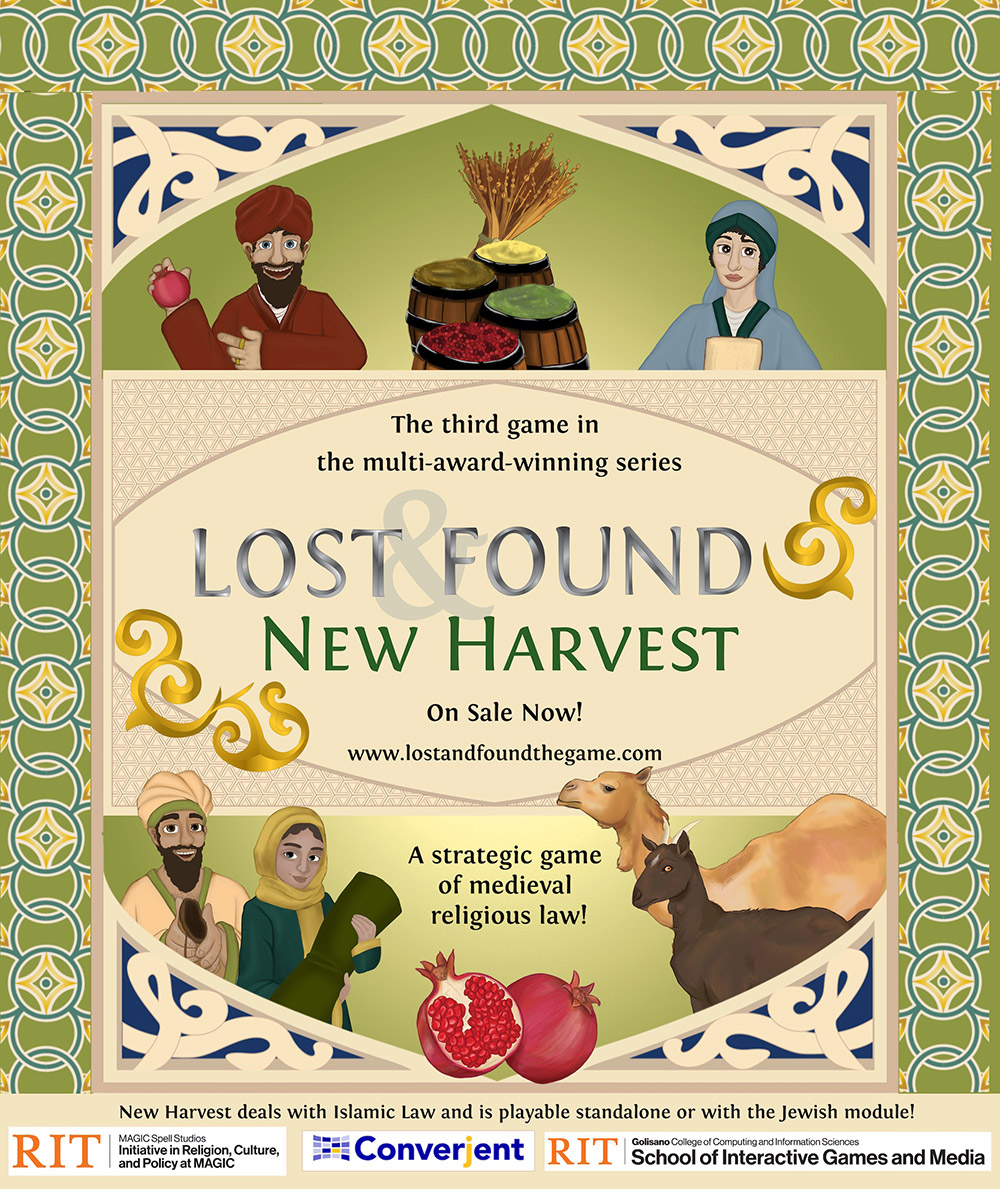 New Harvest explores how lost and found possessions were addressed under Islamic jurisprudence, as informed by the 12th-century texts Al-Hidayah and The Distinguished Jurist’s Primer. The texts provide guideposts for how players should behave as objects are lost and found in the game, but it’s up to the player to decide how to solve dilemmas.

“The Lost & Found system can now fully promote the teaching of comparative religion — both Judaism and Islam — at a fascinating and important crossroads moment in history,” said Owen Gottlieb, executive producer of the game and associate professor of interactive games and media. “With New Harvest, players get to explore the remarkable Islamic jurisprudence that influenced Jewish writings by Moses Maimonides, and which Maimonides would go on to influence. We can see the interrelationship of the legal and cultural production of the period.”

The game focuses on many of the pro-social aspects of religious legal systems, including collaboration, cooperation and sustainable governance practices. Any or all players can win, but if any player goes destitute, everyone loses. If the group does not collaborate on crises or disasters, all can lose. This means that players must balance their resources between individual and community needs, and carefully balance cooperation with competition.

“We’re talking about a time and place where Jews, Muslims, and Christians all more-or-less peacefully coexisted, so if we could do that once, maybe we can again in the future,” said Ian Schreiber, core mechanics designer for the game and assistant professor of interactive games and media. “We worked to add new mechanics and interesting choices in order to keep the gameplay distinct from the original, yet still compatible to combine the games.”

The New Harvest game has been added to the historic and contemporary game collection at The Strong National Museum of Play. The previous two games in the Lost & Found series are also part of the collection.

“We’re very happy and excited to accept this game,” said Nicolas Ricketts, curator at The Strong National Museum of Play. “Many early games have religious or educational components (consider card games that teach geography), because they were considered wholesome. The Lost & Found series seems to continue this tradition but also seems pretty unique to me because of the deep educational, religious, and historical ideologies behind it.”

The games are the result of 10 years of Gottlieb’s research and development, which includes work from graduate and undergraduate students and faculty in RIT’s School of Interactive Games and Media and the College of Art and Design. Consulting faculty and subject matter experts at six other institutions, including Nazareth College, Vanderbilt University, and Harvard Divinity School, have also participated in the design of the series.

The project was developed in collaboration with the Initiative in Religion, Culture and Policy @MAGIC, housed within RIT’s MAGIC Center. Gottlieb is the founder and lead research faculty of the initiative, which cultivates new research focused on games, religious literacy, the acquisition of cultural practices and the implications on policy and politics. The digital prototype version of the first Lost & Found game was supported and funded by the National Endowment for the Humanities, RIT’s Golisano College of Computing and Information Sciences and RIT’s Office of the Vice President for Research.

“MAGIC is extremely proud to be able to distribute thought-provoking educational games in analog and digital formats, building on our legacy to inspire in humanities and social science game play,” said David Long, director of RIT’s MAGIC Center. “Lost & Found is an excellent resource to bring comparative religions study to the masses and to make it fun.”