Chocolate with a conscience 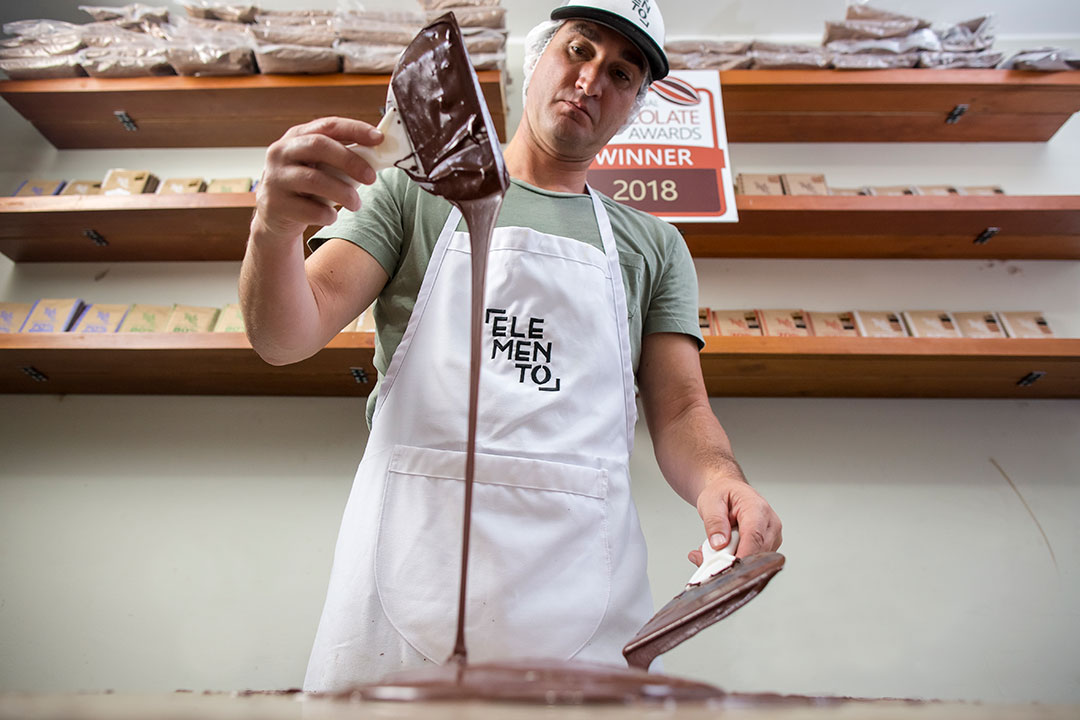 Lorenzo Llosa ’04 is co-founder of Elemento, a sustainable chocolate company in Peru.

You do what? From accountant to the stars to sustainable chocolate producer, RIT alumni have some pretty cool careers. Read about Lorenzo Llosa ’04, an artisanal chocolate maker.

As an artisanal chocolate maker and co-founder of Elemento, a sustainable chocolate company in Peru, Llosa is introducing people to unique flavors of chocolate that aren’t found in most candy aisles. He also takes pride in using his company to help protect the native cacao varieties of the Amazon basin and empower the indigenous farmers who live there.

“I work from bean to bar—meaning I’m involved with the whole creation process,” said Llosa, who lives in Lima, Peru. “But it wasn’t enough for me to just run a business, I wanted to help others and do something my children could be proud of.” 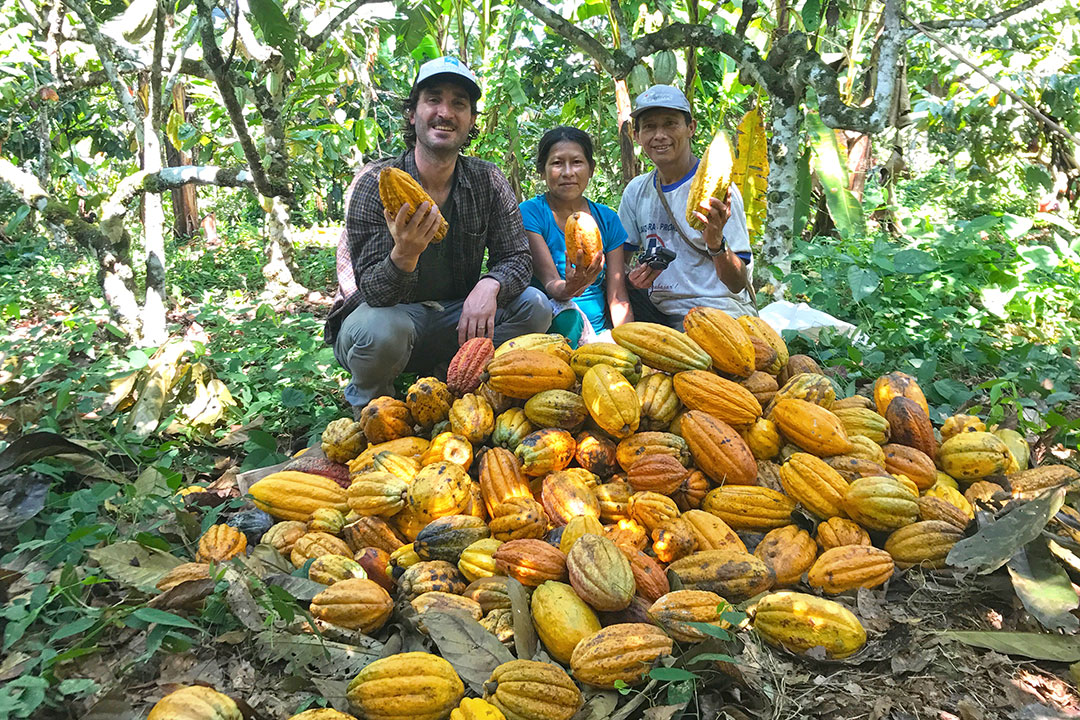 Since starting the company in 2016 with his brother-in-law, Jose Visconti, Llosa has sold about four tons of chocolate. Elemento has also won International Chocolate Awards for its white chocolate and 70 percent chocolate bars. However, the inspiration for Elemento’s chocolate originally came from the founders’ love of unique coffee and wine.

“Like with coffee and wine, in chocolate there is a world of flavor notes you can uncover that go way beyond the traditional chocolate flavor,” said Llosa. “I was amazed to find that you can get floral notes, citrus, fruit, intense chocolate and nutty flavors, just from the different cacao beans that you use.”

Llosa and Visconti wanted their chocolate to have these unique flavors. They also wanted to help protect Peru’s natural diversity of cacao varieties, which is being threatened by large-scale farming. After connecting with the Awajún communities, indigenous farmers who grow different organic varieties of cacao deep in the Amazon basin, Llosa had found their perfect ingredient. 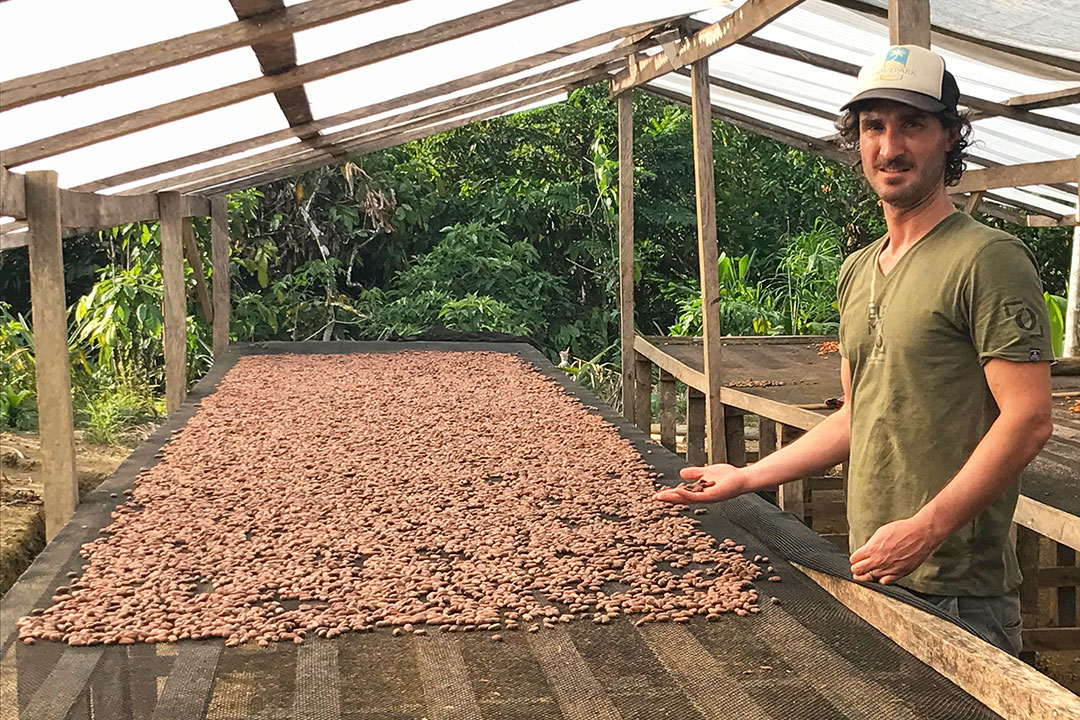 Jose F. Visconti Llosa teaches native farmers post-harvest drying and fermenting techniques for their cacao, so the farmers can get a higher percentage of the profits.

However, the commute to the Awajún proved to be quite challenging. After riding in a small plane to the Amazon, Llosa would make a six-hour drive through the jungle, take a one-hour steam boat ride down the Marañón River and hike for seven hours to the villages. He would live with different communities for weeks at a time to gain their trust and teach them post-harvest techniques.

“We figured out that if we train native farmers in the fermentation and drying process of cacao beans, we can eliminate a process in the value chain,” Llosa said. “While the farmers used to get only 2 percent of the profits, they can now earn 8 percent and hopefully find it more rewarding.”

Back in Lima, Llosa and a team of five can be found in the Elemento workshop tempering and putting the chocolate in recycled packaging. Each finished bar shows the roast used, the community it came from and the date it was created.

Llosa said he uses the communications, web development and graphic design skills he learned at RIT to run other parts of the Elemento business and his own advertising agency on the side. It was through a program at the IPP Peruvian Advertising Institute that he made the connection to live in Rochester for a year and earn his bachelor’s degree at RIT.

Elemento chocolate is sold in stores and coffee shops in Peru and online through social media. It also has been sold at Shop One on the RIT campus. As the business grows, they hope to work with more native communities and sell the chocolate around the world.