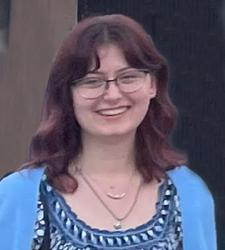 From May 7 to May 17, 2022, I traveled across Croatia and Bosnia and Herzegovina as part of the RIT faculty-led study abroad program War and Peacebuilding in the Balkans. The focus of the program and the class preceding it was the causes and aftereffects of the Bosnian war. During the spring 2022 semester, we learned about the history of the Balkan region, the tensions that led up to the war, and the events of the war itself. Our time abroad focused on learning about the NGOs (Non-Governmental Organizations), government, and international organizations working to mend the ethnic divides and the cultural and social trauma that the war left behind. The bulk of our travel was spent in meetings with the NGOs we had learned about a few weeks prior. I can confidently speak for our whole class when I say that we left that trip changed with brand-new perspectives on justice, peace, and community.

The most touching experience was speaking to the president of an NGO called Mothers of Srebrenica. For those of you who do not know, Srebrenica was the site of genocide, the victims of which were primarily Bosnian men ages 13 and older. Many women who survived their husbands and sons either remained in Srebrenica or returned to it after the war. The Mothers of Srebrenica care for these elderly women who live alone in dilapidated homes, providing meals, medical services, and just someone to talk to. There were many things we learned about, including the mother’s first-hand experience of the genocide, but what I have been left with since the experience is the question of whether true justice will ever be achieved for these women. The perpetrators of the genocide were convicted of war crimes and their wrongdoings were recognized on an international level, yet these women have not been cared for. Is it truly justice if the victims are still suffering? In a way, this experience taught me that true justice could not end with the punishment of the perpetrator. It is easy to look at the lack of violent conflict as a sign that peace has been achieved, and although that is true to an extent, it is not the end all be all of peace. Peace cannot just be a lack of violence but also the presence of care, and when it comes to war-torn areas, that often means community care.

As much as this experience has made me want to help the Srebrenica community with my own physical labor, I’m also aware that I am an outsider. I am not a part of this community. My help cannot be physical because, for one, I don’t speak the language, but I also can’t truly empathize with the experiences of this community. I have so much sympathy and a level of empathy for sure, but my cultural background is so different that true empathy is just out of reach. The Mothers of Srebrenica and national civilian support are a vessel of the community care these women need, which is very much present in Srebrenica. There is so much willingness to help these women, care for them, and mend the wounds left behind. I am not needed there.

I think that some people have an idea that their help is most needed in foreign countries. And although some places require international support, we often overlook the needs of our own communities. We may not live in a war-torn area. We may live in cities that look prosperous with shiny new buildings. But poverty and trauma exist in those places as well. We tend to overlook them, turning our heads the other way from people who need medical care and food in the same way that the mothers of Srebrenica do, and a lot of the time, these people are met with scorn and distrust. The realization that I am not needed in Srebrenica as much as I am in my own community, whether back home or now in Rochester, has allowed me to reconsider my relationship with my community. I’ve been volunteering at a foodbank a short bus ride from my house. I’ve managed to form a relationship with the people who live close to me but most importantly, I’ve realized that the community response in Srebrenica is not surprising at all. Empathy for people around you exists everywhere; you just have to be brave enough to stay around and help.

Anna-Maria is a Diagnostic Medical Sonography major in the College of Health Sciences and Technology.