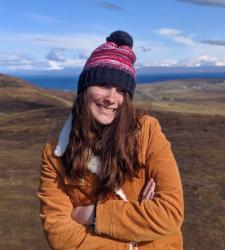 I studied abroad in Glasgow, Scotland in the spring of 2019. Studying anywhere in Europe is such a cool experience and I genuinely recommend it to everyone. These are my top 5 experiences while I was there.

#1: One of my favorite and first memories of moving to Scotland was exploring the campus. Growing up watching Harry Potter, I always dreamed of going to Hogwarts. Living in America, that dream faded a bit once I realized most buildings I ended up going to school in or living in were built in the 1970s. You could imagine my surprise when my friends and I decided to walk to campus a few days before classes started to check it out. Obviously, I had seen pictures online but seeing these buildings in real life was incredible. It really felt and looked like a real-life Hogwarts and the beauty is something pictures don’t do justice.

#2: Another great memory I had in Scotland was getting to see Highland cow. The farm down the road from me growing up had a Highland cow for as long as I can remember. Getting to see these big Scottish girls in their own country was amazing though, and my roommates and I would walk 40 minutes just to go to a park that had them wandering around.

#3: I got the chance to do a homestay when I was abroad. I went and stayed with a single mother (her children weren’t there though) in the small town of Alva. I was only there for the weekend, but we saw and did some great things. We went to Stirling Castle on Saturday, and then we went for lunch in this adorable little café. It reminded me of my small hometown. She made us some amazing homecooked meals which is something I’d been missing. Then on Sunday we just went for a walk around the town, but it was so beautiful. It was nice feeling like I had a bit of home while I was there, and I wasn’t just stuck in my flat with my roommates (which was also great most of the time, don’t get me wrong).

#4: The most beautiful place I’ve ever seen is the Isle of Skye in the north of Scotland. In the summer this becomes a hot tourist attraction, but I was lucky enough to go right at the beginning of the season, so it wasn’t too busy. The main town of Portree is really the only town visitors stay at and it’s very small. Our time there was spent exploring this beautiful landscape, eating in little restaurants, and enjoying the amazing view of the harbor from our hotel room. I don’t even really know what else I can say about the place except that it is genuinely the coolest place I’ve ever been to - and it’s also where Harry Styles filmed his Sign of the Times music video, no big deal.

#5: My last, and favorite, memory of Scotland is kind of cheesy. It’s meeting all my friends. When I moved to Glasgow, I was scared of course. I was in a new country thousands of miles away from home and away from all of my friends. Little did I know that I was about to make some of the best friends I could’ve asked for. My flat was three stories high and had about 10 rooms on each floor - 30 students, all studying abroad, living together in a foreign country. None of us knew anything about Glasgow, and we slowly began to figure it out together. Over the five months that I was there, we became very close (I mean like sobbing when we were moving out type of close). Although I may never see some of them again, I now have friends from all over the country, and all over the world. Some I don’t keep in contact with except to wish a happy birthday or share a picture that came up, and some I still talk to every single day. Either way, I genuinely could not have asked for a better group of friends to live with. 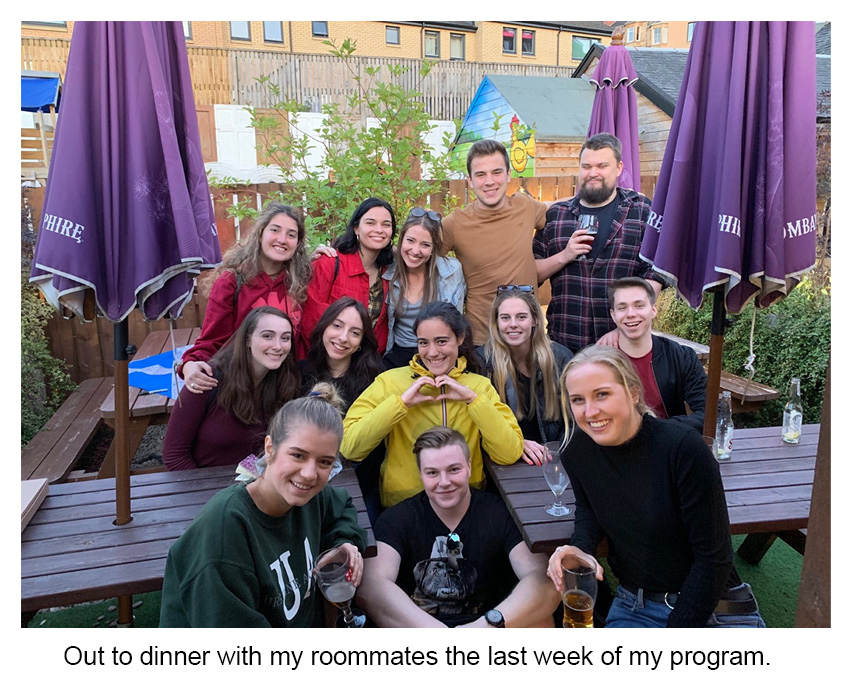 Lauren Mackey is a 3rd year Packaging Science major in the College of Engineering Technology and studied in Edinburgh, Scotland at the University of Edinburgh through Arcadia in spring 2019.